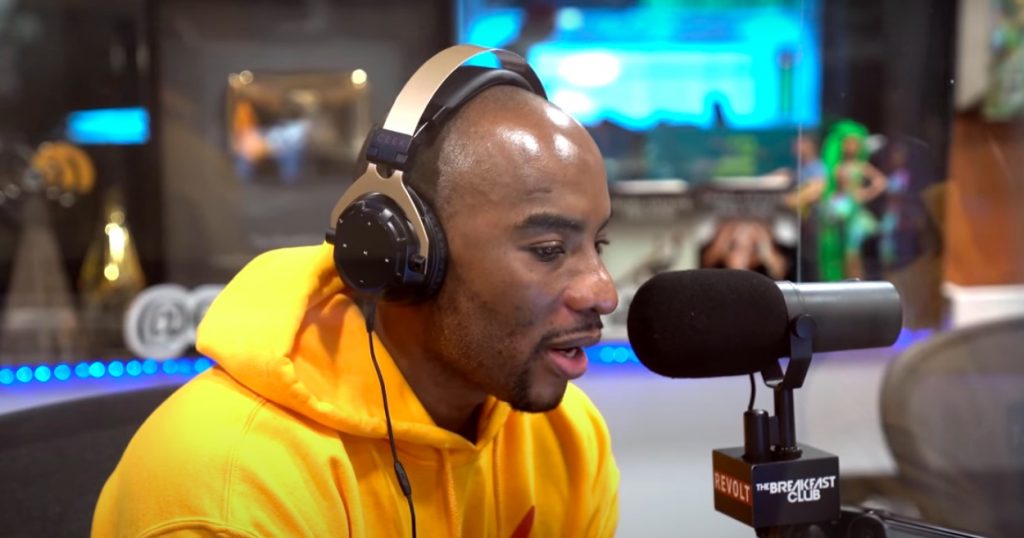 Charlamagne Tha God during a recent broadcast of The Breakfast Club

Charlamagne Tha God was acquitted of underage rape charges roughly 20 years ago, though he did plead guilty to a lesser charge. Now, the longtime co-host of The Breakfast Club is facing renewed allegations from a number of critics.

Update (July 7th, 2021): Charlamagne The God accuser Jessica Reid has now raised nearly $15,000 to reopen her rape case against both Charlamagne and additional unnamed accusers. We’ll have more updates on this later this week. Please also scroll down for more updates involving comments from Apple Music and Hot 97 DJ Ebro.

That includes ex-NBA player Kwame Brown, who flatly accused Charlamagne Tha God of committing rape against a 15-year old girl and getting away with it. Brown retaliated after Charlamagne (whose real name is Lenard McKelvey) revealed a number of personal details about the basketball player’s family, including allegations of murder and violent behavior by Brown’s father, Bill Brown.

Both McKelvey and Brown are from South Carolina, and Charlamagne — ostensibly to defend Brown himself — dredged up a number of violent incidents by Brown’s family members, including a murder charge against his father. Charlamagne Tha God eventually apologized for bringing up the painful incidents, though Brown himself quickly returned fire — and dredged up some ugly details of his own against Charlamagne.

“You want to talk as if you know me,” Kwame stated in an Instagram Live broadcast. “Rape case guy Charlamagne Tha God, that actually pled guilty and got away with that. You want to talk about a brother that I never met because my father had a son outside of his marriage just like [Breakfast Club cohort] DJ Envy’s cheating a—. So you’re going to put out to the world that I’m some killer?”

Others have also been piling on and accusing Charlamagne Tha God of committing rape.

That includes heavyweight Hot 97 DJ Funkmaster Flex, who recently played an audio clip from the victim’s mother, who claims Charlamagne Tha God knew the victim well, is guilty of raping her, and evaded penalty. “If he was going to be a friend to us, he came to us and said don’t worry, nothing is going to happen to her and I’ll make sure she’ll be safe,” the mother of victim Jessica Reid relayed in a 2018 interview, which was replayed by Flex.

“He alluded us to believe and trust in him, and then he turns around and violates my daughter by raping and drugging her, and then… he gets away with it.”

Reid’s mother feels that Charlamagne simply bought his innocence with “high class attorneys,” something Flex agreed with. After playing the recording, Funkmaster Flex flatly stated that he believes Charlamagne is guilty of the serious charges.

The case in question dates back to 2001, though none of Charlamagne Tha God’s DNA or semen was found on the victim’s body.

Charlamagne ultimately pled guilty to contributing to the delinquency of a minor by making alcohol available at a party where the incident allegedly occurred. That resulted in three years of probation, though the more serious sexual assault charge was dismissed.

So why all the renewed interest in the case? This might simply be simmering beef stirred by Kwame Brown. But perhaps there’s more to this story: just recently, Kevin Hunter resurfaced promising to expose some “real scary truths” about Charlamagne, specifically relating to the rape charge. But Hunter, who was previously married to Wendy Williams, didn’t expand upon what those “truths” were, exactly.

It’s also unclear if any of this will alter the outcome of the original decision. Back in 2018, activists petitioned iHeartMedia to remove Charlamagne Tha God from their payroll, citing the rape charges. But nothing in police or court documents point to the radio DJ’s guilt, and no action was taken by iHeart management.

Around the same time, Charlamagne’s attorney, Marty Singer, described the decisive factors favoring his client. “More than 17 years ago, Charlamagne was accused of a sexual assault,” Singer explained. “He never had sexual relations or any physical contact with the accuser and even provided DNA to prove it. At the time of these claims, Charlamagne cooperated fully with authorities, and after the investigation, this charge against him was dropped.”

Ebro then strongly insinuated that Charlamagne was guilty of the rape charges. “Drugging and Rape of a minor should be examined for generations to make sure other young men do not think this behavior will be swept away just because they have power and influence,” Ebro continued.

At this point, Charlamagne has not confirmed (or denied) taking initial legal action against Funkmaster Flex.