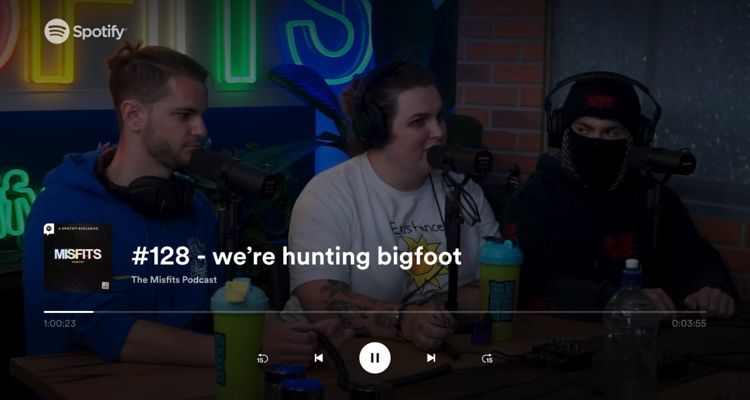 Spotify is on a quest to dominate the podcast industry – video podcasts now available on Xbox.

The partnership will help Xbox gamers enjoy their favorite video podcasts while gaming. Spotify Connect lets users control the podcast playback with their mobile device, providing a handy interface without leaving the game. Spotify’s multi-million dollar gamble on podcasts is paying off with partnerships like this.

How to Watch a Spotify Video Podcast on Xbox

You’ll need to have the Spotify app installed on your Xbox Series X or Xbox Series S. The Xbox One family of devices does not support video playback.

Spotify stepped up its podcast offering with videos when it acquired the Joe Rogan Experience podcast. As the platform has grown, several creators have embraced Spotify video podcasts. Many listeners say they feel more connected to hosts they can see, so the video can be an important part of making the audience feel at home.

Spotify is slowly expanding access to its video podcast to other creators. Creating video podcast content is a little different than traditional podcasts, which can be highly edited affairs. Joe Rogan catches a lot of flak for his podcasts for posting an unfiltered look at his guest that week.

Spotify is available on both Xbox and PlayStation ecosystems, but Microsoft is embracing its media roots. Dolby Vision is also enabled on the Apple TV app for Xbox Series X|S consoles. “Combined with the immersive audio of Dolby Atmos, you’ll be able to see and hear what you’ve been missing for a premium experience like no other,” the press release reads.

Microsoft’s big push into spatial audio comes as Apple is embracing spatial and lossless audio. Lossless audio came to Apple Music at absolutely no additional cost to the end-user, surprising many. Amazon Music, Tidal, and Deezer have all charged a premium for access to lossless quality music in the past.