What Music Is Making Movies Tick? Here Are the 12 Biggest Film Sync Licensing Trends of 2021 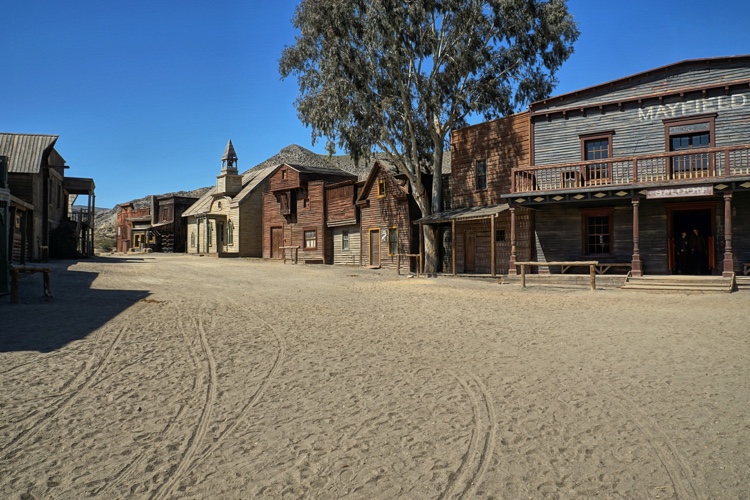 Music has always played a key part in bringing film to life and making scenes as engaging – and memorable – as possible. From driving adrenaline-pumping battle sequences to complementing tear-jerking endings and everything in between, songs help movies to resonate with viewers for all the right reasons.

The following look at film licensing trends was created with the support of Songtradr, part of a broader partnership focused on the sync space.  Be sure to check our ongoing coverage of this fast-growing sector here.

And for creators, the streaming-fueled uptick in visual-media production means that there are more opportunities to secure lucrative (and potentially career-changing) placements than ever before. As artists and composers look to capitalize on these opportunities, it goes without saying that they stand to benefit from understanding the sync licensing trends that are defining the industry.

Here’s an in-depth look at the film space’s most noteworthy sync licensing trends of 2021, based on a detailed breakdown from Ramesh Sathiah, Partner and Creative Director of music and sound design company Song Zu.

1. Less Is More – Paired-Back Textual Scores Are on the Rise

A growing collection of composers (and music supervisors, with regard to songs) are demonstrating a clear-cut preference for subtle, paired-back textual scores, as opposed to more built-up and technically multifaceted pieces.

Soft piano, violin, viola, and cello notes set the mood in Nomadland, which was composed by Ludovico Einaudi (from his previous albums) and took home a Golden Globe for “Best Motion Picture – Drama” and the “Best Picture” Oscar, for instance.

Similarly, The Father – also composed by Einaudi and nominated for a “Best Motion Picture – Drama” Golden Globe and “Best Picture” Oscar – encompasses a classic, string- and piano-driven score, along with opera tracks on the licensed-music front.

2. Orchestral Renditions of Throwback Hits Continue to Make a Splash

Additionally, Michael Andrews, the composer behind Judd Apatow’s The King of Staten Island, enlisted a string quartet to cover the Red Hot Chili Peppers’ “Scar Tissue” (1999) – making clear that quality music will have a place in movies regardless of its age and precise form.

Due to natural creative inclinations (and quite possibly a pandemic-prompted desire to reflect upon simpler times), sync licensing trends are pushing nostalgia-heavy tracks to the forefront of movies’ licensed-music offerings.

To be sure, Sound of Metal (which arguably relies upon music to tell its story more than any other listed film) boasts The Commodores’ soulful classic “This Love” as well as “Careless Love” from blues legend Bessie Smith, and Spike Lee’s Da 5 Bloods (which received an Oscar nomination for its Terence Blanchard-crafted score) licensed Marvin Gaye tracks including “What’s Happening Brother,” “Wholy Holy,” and “Inner City Blues (Make Me Wanna Holler).”

Importantly, though, nostalgic songs needn’t be old, as H.E.R. proved by releasing the Oscar-winning (for “Best Original Song”) “Fight for You” for Shaka King’s Judas and the Black Messiah. While the upbeat, hopeful effort debuted in February of this year, the influence from ‘60s and ‘70s soul mainstays like Gaye is apparent.

The score-production process changed dramatically amid the pandemic, as both COVID restrictions (caps on the number of musicians that studios could simultaneously accommodate among them) and safety-minded precautions spurred a pivot away from large orchestras and towards smaller ensembles.

Many musicians received mic kits so that they could record their parts at home, and as proven by works including the aforementioned all-string rendition of “Toxic” in Promising Young Woman, the pandemic impacted the creative and practical sides of the scoring and placement processes.

In spite of their potential pitfalls – namely that the music at hand might not suit the film, in the director’s view – prescores (or those which are created before or while a movie is shot) remain common.

But as many of 2021’s other sync licensing trends emphasize customization and personalization, it’s possible that prescores could become less prevalent in the approaching years.

Besides the previously noted “Fight for You” in Judas and the Black Messiah, Celeste recorded three songs (the most popular being “Hear My Voice”) for The Trial of the Chicago 7, and Leslie Odom Jr. co-wrote the Oscar-nominated “Speak Now” with Sam Ashworth for One Night In Miami.

7. Don’t Call It a Comeback: Ancient Instruments Return to the Silver Screen

As part of an overarching effort to diversify films’ music and help scenes to strike the perfect emotional tones, composers are utilizing ancient instruments, while some music supervisors are seeking out songs featuring seldom-used instruments.

Though Benjamin Franklin’s glass armonica has yet to resurface in on-screen music, Da 5 Bloods’ music features multiple ancient instruments, and the James Newton Howard-composed  News of the World (which received an Oscar nomination for “Best Original Score”) tapped the viola d’amore and the viola da gamba to create less expression and convey a more drone-like tone.

Gone are the days of film scores’ standing entirely on their own, in many instances, as today’s quick-moving movies commonly fuse licensed tracks, diegetic music, and original songs alike, to create a more cohesive final product that perfectly captures the director’s vision.

Consequently, composers and supervisors are beginning to factor not only for how music will bode for a movie, but how it will mesh with the movie’s other audio components.

9. The Rise of Historical Films Brings the Rise of Soundtracks Influenced by Different Eras

Predictably, the industry-wide rise of historical films and period pieces – such as The Trial of the Chicago Seven (set in the late 1960s), the six-time Golden Globe and 10-time Oscar nominee Mank (set in the 1930s and 1940s), and more – has brought with it the rise of soundtracks influenced by different eras.

Because contemporary creators like H.E.R. can draw from a century of rich musical history while conceiving unique ideas – and using cutting-edge technology to bring multifaceted works to life – the future of songs in film looks brighter than ever.

10. Vocalists Are Being Cast to Emote Protagonists in Scores

Film professionals are casting vocalists to emote films’ protagonists in scores – adding another layer to movies’ appeal and making it easier for viewers to connect with and relate to characters as well as works themselves.

Promising Young Woman and Birds of Prey may demonstrate the development best, in terms of recent releases, and it’ll be worth watching how this – one of the most nuanced sync licensing trends of 2021 – impacts plot-driven projects moving forward.

Despite these sync licensing trends and the difficulties presented by the pandemic, comic-book movies and action blockbusters are continuing to keep viewers on the edge of their seats with epic orchestral themes.

In many ways, Hans Zimmer is the genre, and a collection of widely appealing box-office successes have forgone melody in favor of strong chord progressions and ostinatos.

Lastly, reboots – like Mortal Kombat (the original movie released in 1995), Mulan (the original came out in 1998), and Wonder Woman 1984 – are reimagining themes and songs from their initial iterations, with an emphasis on comparatively fresh music.

The point, though perhaps obvious, bears reiterating at a time when modern takes on old concepts are particularly popular; artists and composers could secure the opportunity to develop music for the very characters and works that captivated their imagination as children and young adults.