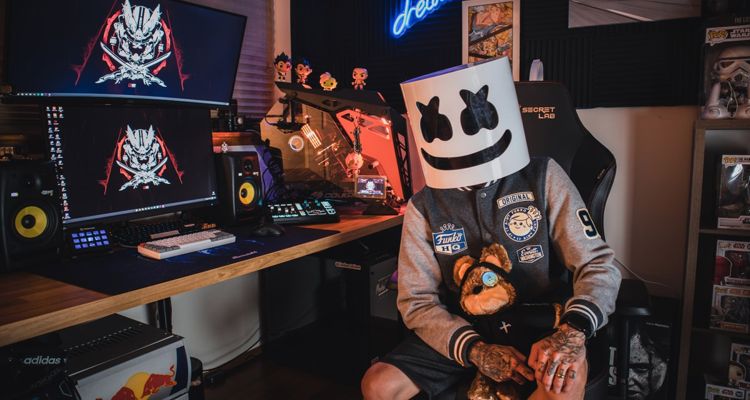 Twitch has a DMCA strike policy problem because it refuses to license music. You can avoid DMCA strikes by only using Twitch-safe music – here’s how.

The following DMCA Twitch survival guide was created in collaboration with Songtradr, part of a broader partnership focused on the sync licensing space.  Be sure to check our ongoing coverage of this fast-growing sector here.

When Metallica’s live performance for BlizzCon was streamed on Twitch and replaced with some royalty-free MIDI music, it became obvious that Twitch has a music licensing problem. The Amazon-owned platform refuses to sign a music licensing agreement with the Big Three major labels (Sony, Universal, Warner), leaving streamers in a challenging position.

Music is an important part of setting the mood of a multi-hour stream. Streamers who make a living from the hobby regularly organize 8 to 12-hour streams a day. Keeping the music fresh while staying within the rigid Twitch DMCA policy is a near-impossible task. It would require each streamer to contact every single label for the artists they want to feature to obtain permission to use those tracks.

After the huge DMCA Strike that hit Twitch last year, the platform has been modifying how it deals with the issue. DMCA notices appear as Twitch notifications, and Twitch says it’s making it easier to delete VOD clips that are in violation of Twitch’s non-existent music license.

But you can avoid Twitch DMCA strikes by playing music that is pre-cleared with labels. That’s where a service like Pretzel comes in.

The team behind Pretzel has built a complex system called Fawkes that sorts out music rights issues. Labels can add their music to the Pretzel catalog for Twitch streamers to use, and artists get paid directly. All of the music is guaranteed to be DMCA strike safe on Twitch.

Digital Music News spoke with Pretzel founder and CEO Nate Beck about the platform. He shared some major insights into how Pretzel helps artists get paid and helps streamers avoid DMCA strikes on Twitch.

“Has there ever been a reported DMCA strike received on Twitch by a streamer playing music through Pretzel?,” I asked early in our conversation. “No, never,” Beck replied, laughing. “It’s just not possible because of how we’ve designed the Fawkes system. The only compositions that are available to stream have had their rights cleared already.”

Sorting out music rights and selling it as a subscription service to streamers is a hard sell. But it shouldn’t be.

Pretzel has a free tier and a paid tier that costs $14.99/month. The free tier has a few limits, like mandatory chat attribution, and some labels are only available on a premium subscription. Building a custom playlist also requires forking over some cash.

Pretzel works directly with several indie distributors to keep its streaming music Twitch safe. Artists who work with any of the following distributors can have their music appear on Twitch to be safe for streamers to use.

Pretzel is aiming to create a system in which artists get paid by the streamers who enjoy their music. That’s a fair, equitable system that must be built from the bottom-up – something that has taken Beck and his team six years to perfect. With 360,000 Twitch-safe tracks in the Fawkes system – there are still three million to process.

“I’m not a music guy,” Beck chuckles, telling me about how the business got started. “My business partner is a Twitch streamer. We love streaming; we love solving problems. So we picked music as the first thing to solve [for streamers]. But six years later, we’re just getting started,” Beck says, and I can hear the smile in his voice. He seems genuine and passionate about helping streamers avoid the headaches of navigating a space that feels like a virtual land minefield.

Pretzel allows streamers to earn money from the music they’re using to set a mood while compensating everyone involved. Everyone involved in the creation process is fairly compensated and streamers avoid DMCA strikes with the click of a button. The thumbs up, thumbs down system works to curate tracks, so streamers and viewers can curate music together.

Even the Pretzel free tier can help drive traffic to artists who are featured. The manual chat attribution means anyone who is listening can click the link provided to hear more. Pretzel drives traffic to Spotify, Deezer, Tidal, Apple Music – whichever streaming service you prefer. The Song Requests feature also allows viewers to pay to have a song played by a Twitch streamer using Pretzel. 70% of the money spent on requesting the song also goes to the artist or rights holder.