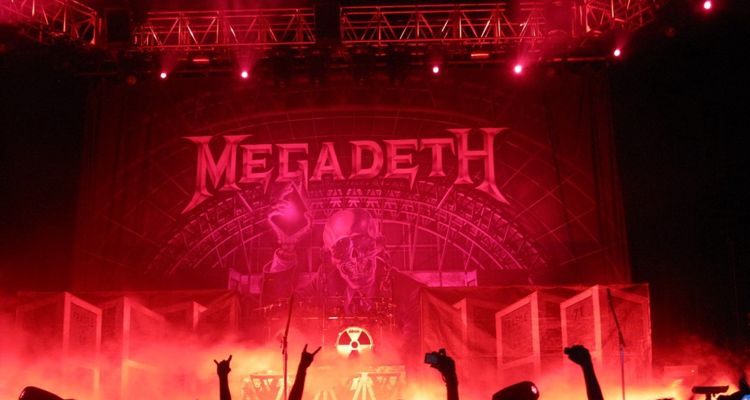 Heavy metal band Megadeth has parted ways with its bassist over a leaked sex tape.

The band’s leader Dave Mustaine made the announcement on Monday evening. “We are informing our fans that David Ellefson is no longer playing with Megadeth and that we are officially parting ways with him,” the statement begins.

“We do not take this decision lightly. While we do not know every detail of what occurred, with an already strained relationship, what has already been revealed now is enough to make working together impossible moving forward.”

“We look forward to seeing our fans on the road this summer, and we cannot wait to share our brand new music with the world. It is almost complete,” the statement concludes.

Megadeth’s announcement comes just two weeks after a sexually explicit video of David Ellefson and a woman who is not his wife leaked on Twitter. Ellefson addressed the controversy on May 10 to say the woman involved was not underage, as speculated online.

“Recently, a very private video was illegally posted on the internet, and false allegations were made against me,” Ellefson said in a statement to Rolling Stone. “The actions in the video were between two consenting adults and were recorded without my knowledge.”

“I am working with Scottsdale Police Department in their investigation into charges regarding revenge pornography to be filed against the person who posted this video. Also, my lawyers are preparing a defamation lawsuit to be filed against this person. This person will be prosecuted to the fullest extent of the law. I am taking this time to be with my family. I wish my bandmates the best with their upcoming tour.”

Rolling Stone reached out to the Scottsdale Police Department, who confirmed they are aware of the situation. “At this time, no formal report has been taken,” the spokesperson said.

David Ellefson was with Megadeth since the band’s inception in Los Angeles in 1983 until it dissolved in 2002 briefly.

Megadeth is slated to kick off its tour with Lab of God, happening in Austin this August. They’re also scheduled to appear at Slipknot’s Knotfest in September – though the group has not announced a replacement for Ellefson.