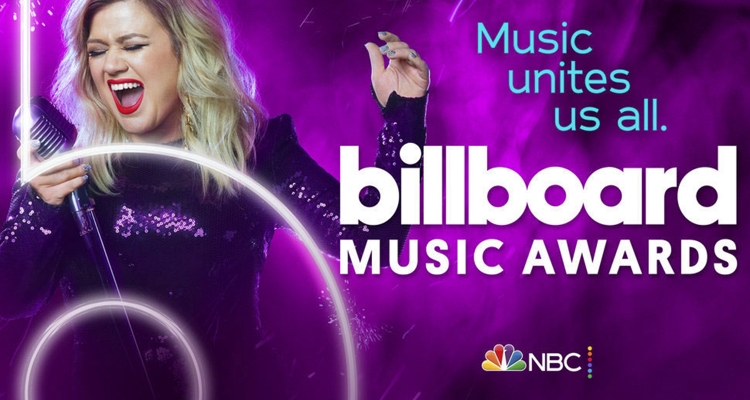 And the latter act, in spite of receiving zero Grammy nominations this year – and engaging in a much-publicized dispute with the Recording Academy – led the BMAs in both nominations (16) and awards secured (10).

But sets from the mentioned artists (as well as additional popular creators yet) were unable to stem the tide of shrinking viewership and ratings, which the Billboard Music Awards – and, to be sure, most every other award show – have grappled with for multiple years running.

Furthermore, it bears emphasizing that this across-the-board decrease accelerated amid the COVID-19 pandemic, with the 2020 Billboard Music Awards having slipped 55 percent in viewership (to 3.6 million watchers) from 2019 and 62 percent in the ratings department for the coveted 18-49 demographic.

Both figures represented record lows, and the 2021 Grammys, for their part, scored 8.8 million watchers and garnered a 2.1 rating in the 18-49 demo – a 53 percent and 61 percent year-over-year dip, respectively.

Now, however, the 2021 Billboard Music Awards have officially attracted fewer viewers (2.8 million) and turned in a smaller rating (0.7 in the 18-49 demo) than any iteration since the event debuted in 1990, according to The Wrap, which cited Nielsen data.

As an aside, the annual happening took four years off, between 2007 and 2010, before transitioning from Fox to ABC (and from the latter to NBC in 2018). Moreover, the 2021 BMAs competed on Sunday night against the season 19 finale of ABC’s American Idol, which pulled in about 6.5 million viewers and featured performances from Lindsey Buckingham, Sheryl Crow, and others.

At the time of this piece’s publishing, neither Billboard Music Awards higher-ups nor NBC execs appeared to have commented publicly on the less-than-ideal ratings, and it remains to be seen which steps the former will implement in an effort to reverse the troubling trend. For reference, the BMAs, upon debuting on NBC in 2018, as previously mentioned, achieved a 2.4 rating and attracted 7.87 million viewers.

And besides continuing to implement seemingly far-reaching rule changes, the Recording Academy has already revealed that the 2022 Grammys will take place on Monday, January 31st, 2022.

An in-person crowd enjoyed several of the Billboard Music Awards performances – albeit while dawning masks and remaining socially distanced before an outdoor stage. iHeartMedia’s John Sykes, in an interview earlier this month, expressed the opinion that award programs’ ratings declines are attributable in part to the lack of traditional audiences.

Consequently, the iHeartRadio Music Awards will welcome a physical audience (requiring guests to have received a COVID-19 vaccine and tested negative for the bug as a condition for entry) when they take place tonight, broadcasting on Fox.

Worth noting in conclusion is that a video of Pink’s nearly nine-minute-long performance at the 2021 BMAs, uploaded to YouTube through NBC’s official account on the same day that the event aired, boasts close to two million views.

The stat could suggest that fans are opting to watch their favorite acts’ award-show sets on demand, as opposed to sitting through a substantial number of commercials (and a large amount of other content) during live broadcasts. NBC has also made the 2021 BMAs available via its Peacock streaming service.