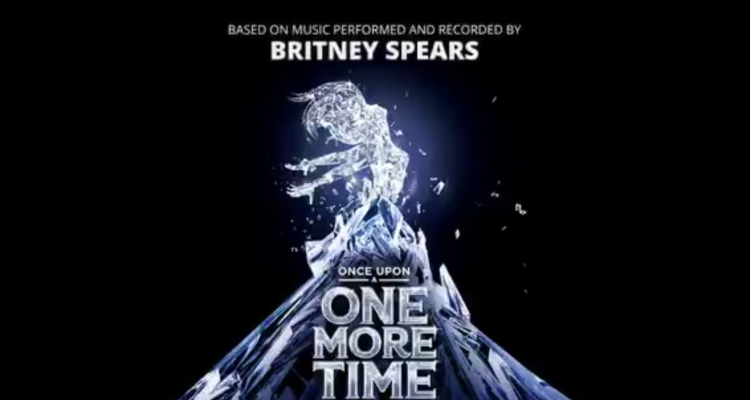 The Britney Spears musical Once Upon a One More Time is scheduled to premiere in fall. Photo Credit: Shakespeare Theatre Company

Following multiple delays, the Britney Spears musical Once Upon a One More Time is officially happening, the Shakespeare Theatre Company has announced.

The Washington, D.C.-based Shakespeare Theatre Company (STC) just recently confirmed that fans will soon have the chance to enjoy Once Upon a One More Time, which is based on Britney Spears’ music. This show was originally expected to debut in Chicago in fall of 2019, before being delayed until spring of 2020 and postponed indefinitely due to the pandemic.

Now, Once Upon a One More Time’s “world premiere” is set for Tuesday, November 30th, according to the musical’s website, but Playbill has reported that performances will in fact kick off on November 29th (at STC’s Sidney Harman Hall), with the initial run scheduled to conclude on Sunday, January 2nd, 2022.

The Shakespeare Theatre Company has already made Once Upon a One More Time passes available via multi-play subscriptions, and solo tickets will go on sale in “late summer,” per the company’s website.

The musical’s pre-Broadway schedule hasn’t yet been posted, save for the aforementioned starting and ending dates – but prospective attendees can sign up for update emails and texts via Once Upon a One More Time’s own website. As an aside, Broadway itself will welcome back audiences in September.

At the time of this piece’s writing, the 39-year-old “Toxic” artist didn’t appear to have commented publicly on the finalized schedule of the musical, which is being choreographed by husband-and-wife team Keone & Mari Madrid (who’ve worked on music videos from Billie Eilish, Ed Sheeran, BTS, and others, their website relays).

Kristin Hanggi (whose Rock of Ages ran for more than 2,300 performances on Broadway) is directing Once Upon a One More Time, which The Upside writer Jon Hartmere penned. Moreover, the production’s creative team has remained in place despite the move from Chicago to D.C., according to Playbill once again, whereas a new cast – higher-ups in March of 2020 announced actor selections for the since-nixed Chicago leg – will be revealed “in the coming months.”

Worth noting is that while the show will feature songs from throughout the career of Spears, Once Upon a One More Time won’t tell the McComb, Mississippi, native’s life story. To be sure, the musical’s Broadway.com description reads: “Cinderella, Snow White and the other fairytale princesses gather for their book club when a rogue fairy godmother drops The Feminine Mystique into their corseted laps, spurring a royal revelation.”

Sony Pictures acquired the film rights to Once Upon a One More Time in April of 2019, and the Michael Jackson musical MJ will make its way onto Broadway in February of 2022. Separately, Britney Spears earlier this month described The New York Times and the BBC as “so hypocritical” for releasing documentaries about her life.