Counting Crows Lead Singer Adam Duritz Says Spotify Doesn’t Pay: “It’s Not Trickling Down to Us In Any Way” 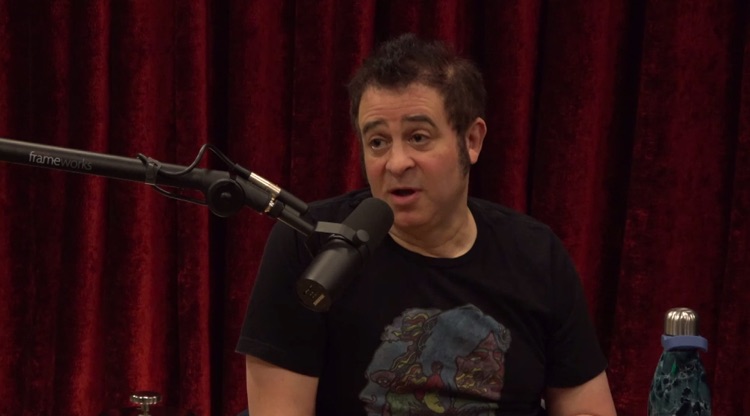 Counting Crows has hundreds of millions of streams on Spotify — and possibly more than one billion streams in total. But lead singer Adam Duritz says the money’s not adding up for himself or the band.

Counting Crows is easily one of the biggest bands on the planet, thanks largely to its searing success in the 90s. Those who lived through the era can probably rattle off the lyrics to smash hits like ‘Mr. Jones,’ ‘Round Here,’ and ‘A Long December,’ among other huge songs.

As you might expect, those hits produced some serious album sales back in the day. At last count, the band has sold more than 20 million albums and has more recently racked up hundreds of millions of streams on Spotify. At this point, the band may have surpassed one billion streams on Spotify, making the group one of the most highly-played artists on the platform. But Counting Crows lead singer Adam Duritz says the streaming money isn’t filtering down to his band.

Duritz discussed the lopsided streaming economics during a recent podcast episode with Joe Rogan (which is ironically hosted exclusively on Spotify).

“When they came up with Spotify, the record companies went to Spotify and said, ‘pay us a lump sum, and we’ll give you all of our music,'” Duritz explained. “And that’s not trickling down to us in any way like it used to with record sales.”

Interestingly, Duritz noted that the money from CDs was making it back to the band — which we’re glad to hear given the extreme amount of sales the band generated before things went digital. But despite played heavily by nostalgic 90s fans today, streaming money doesn’t seem to be making its way back. That mirrors similar complaints from dozens of artists, including newer artists that own their music but only receive paltry per-stream royalties from the platform.

But why is a heavyweight, heavy-selling legacy group like Counting Crows struggling to get paid by Spotify despite its streaming-era success?

Rogan asked whether the situation would be different if the band owned their music rights. But that was largely unheard of for label-signed artists before digital distribution. And the answer from Duritz exposed more of the issues that label-signed artists experience, particularly when it comes to sharing in the upside from streaming.

“It [trickles down] if you own your music, right?” Rogan asked.

“Right, but even so, you’re still getting kind of screwed,” Duritz explained. “And very few [legacy] artists own their own music for one thing, record companies are never going to give that up. And you can get it now, kind of, reverting to you in a shorter amount of years, but that was nothing that was available back then.”

“When did that change?” Rogan continued.

“But that was your choice —”

“Right, we sign one-album deals now, and we do it when we’re done with the record. We go to the record company, and we say, ‘We have something. We’ll let you work with us, you can do some of the distribution, you can help us with some of the promo.’ And there are some valid reasons to do that, and we’re getting it back after a few years. But you didn’t have any leverage back then.”