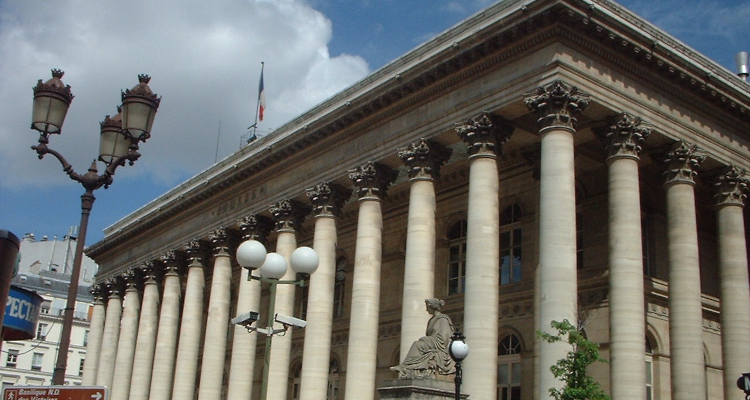 The Palais Brongniart, which housed the Paris Stock Exchange until 1987. Photo Credit: Pol

Reuters indicated today that books for the Paris-headquartered company’s long-awaited IPO are fully covered, citing comments from one of the offering’s book runners. However, Believe higher-ups didn’t appear to have confirmed the development (or publicly addressed the topic) at the time of this piece’s publishing.

The 17-year-old business’s plans to cash in on an IPO came to light back in November of 2020, when sources with knowledge of the matter disclosed that Believe was considering pursuing a public offering at a $2.4 billion valuation. Then, officials last month relayed that the TuneCore owner would look to generate over $600 million on the Paris Stock Exchange – though the figure was reduced to $365 million/€300 million on Monday, as initially mentioned.

Given the early booking and the company’s significant overall valuation, it’ll be interesting to follow Believe stock’s per-share worth in the long term. On this front, the entity has set an “indicative price range” of €19.50 ($23.72) to €22.50 ($27.37) for each share, and the stock will formally list on the Paris Stock Exchange next week.

In a broader sense, Believe’s IPO is the latest in a long line of high-profile stock-market debuts, as Warner Music Group (WMG) returned to the public market one year ago, in what was the biggest IPO of 2020.

Roblox (RBLX on the NYSE), which was worth approximately $70 per share when it arrived on the stock market in March, briefly cracked $100 per share during today’s trading hours. Additionally, reports in January suggested that Tencent Music (TME on the NYSE) was preparing a second, $3.5 billion IPO – though these plans may have changed given that Tencent is reportedly facing a multibillion-dollar “antitrust” fine and related operational repercussions from the Chinese government.

Tencent-backed Kuaishou also launched a multibillion-dollar Hong Kong IPO, whereas Tencent competitor NetEase – in what may be a strategic move designed to capitalize upon its competitor’s regulatory woes – announced plans last month to spin off NetEase Cloud Music in a $1 billion IPO.

Endeavor, after abruptly shelving its IPO plans in 2019, went public in late April, and Vivendi is working to list Universal Music Group shares on the Euronext Amsterdam before fall. Plus, the French conglomerate today officially revealed that it is in talks to sell a 10 percent stake in the Big Three record label to William Ackman’s Pershing Square Tontine Holdings (PSTH) SPAC.