PurpleThrone Wants to Solve the Streaming Royalty Mess With Cryptocurrency 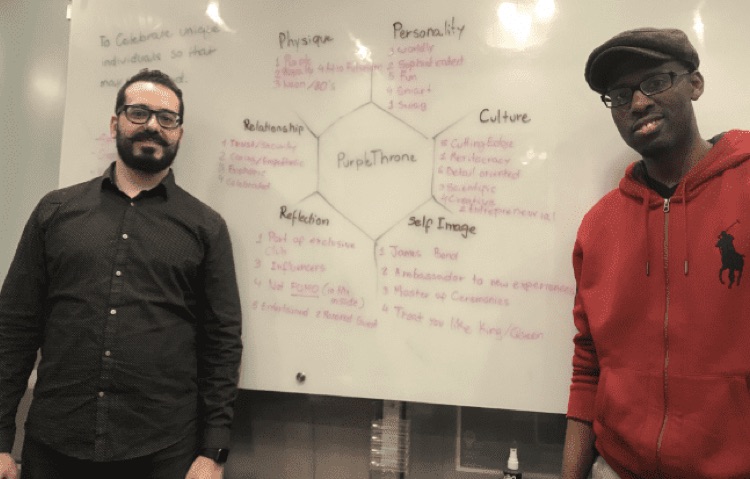 Who says artists are doomed to paltry streaming royalties? Now, virtual currency upstart PurpleThrone is developing a model that uses cryptocurrency to fill the gap and better compensate content creators.

Talk to a musician, and you’ll likely hear about a raw deal from streaming platforms like Spotify. Indeed, the number of artists pointing to paltry paychecks despite millions of streams is staggering, yet the issue itself seems to be getting worse. Somehow, the platform that put millions of songs in everyone’s pocket — and billions into the pockets of investors, founders, and major labels — has put little into the hands of actual musicians.

But is that necessarily the end of the story?

Not according to Aziz M. Bey, founder of PurpleThrone and its emerging crypto platform, PurpleCoin. Last month, Bey connected with Digital Music News to expand an idea that was gaining traction: a platform rooted in cryptocurrency that artists can use for music-related services (e.g., access to concerts, video production, photoshoots, and access to other events and festivals) or simply exchange into fiat currency. PurpleThrone doesn’t function like a label or impose any contractual restrictions, though Bey wants to pay artists an industry-fair wage for their streaming successes — at least those that occur on the PurpleCoin platform.

“I wanted to launch a platform that would allow artists to emerge with greater levels of economic independence,” Bey explained. He describes PurpleCoin as a platform “specializing in paying industry-leading royalties to independent musicians,” which is a far cry from the mission of mega-platforms like Spotify and YouTube.

Of course, artists don’t get equity in Spotify, even if they rack up billions of streams. But what if they did? That’s the model that PurpleCoin is now pursuing.

At this stage, Bey is focusing on a more exclusive artist platform — which is largely app-based. Artists pay $9.99 per song to upload onto the platform, then success is rewarded with PurpleCoin token distributions and other perks. Score a chart-topping song, for example, and PurpleCoins spill into an artist account. This is a pre-ICO cryptocurrency, though the closed exchange will eventually go public, with the intent to put money into the pockets of artists that joined early.

On top of that, the PurpleCoin platform also rewards high-charting artists with other benefits. That includes access to concerts, festivals, video production, and photo shoots.

In other words, early believers who help to build the platform could be justly rewarded — just like those jumping into other early-stage concepts. But Bey is careful not to restrict the ability of artists to promote themselves on other platforms — including mainstream spots like Spotify. The only downside is that Spotify only offers exposure, while PurpleCoin aims to offer something more tangible.

But the PurpleCoin concept isn’t only future oriented. Bey told us that artists can cash their PurpleCoin into fiat currency at any point. But he hopes artists will stick around to enjoy longer-term payouts. And as the platform expands, so will the potential benefits.

That growth will alleviate some of the pain-points that motivated Bey to start PurpleThrone in the first place.

Prior to starting PurpleThrone, Bey cut his teeth promoting promising artists with emerging fanbases, but felt snubbed by a label system that offered little long-term career development and equity to artists. One of those artists is Staten Island-based Denise Bestman, who first splashed onto the scene during the 2012 Grammy Awards — but not on the main stage. Instead, Bestman sang a brilliant cover of Adele’s “Rolling in the Deep” during a Target ad, which reached millions of viewers.

These days, Bestman is developing her career with PurpleThrone and remains a top artist on the platform.

Coupled with his frustrations with major streaming platforms, Bey also noticed that artists were doing it wrong by obsessing over likes, clicks, and stream counts. “Artists are obsessed with Instagram likes,” Bey joked, while pointing out the obviously ‘low-paying’ rewards that platforms like Instagram offer artists.

The solution to that problem wasn’t to stop artists from engaging with their fanbases. Instead, PurpleThrone wants to inject real assets into the process — and potentially shake up streaming industry economics in the process.