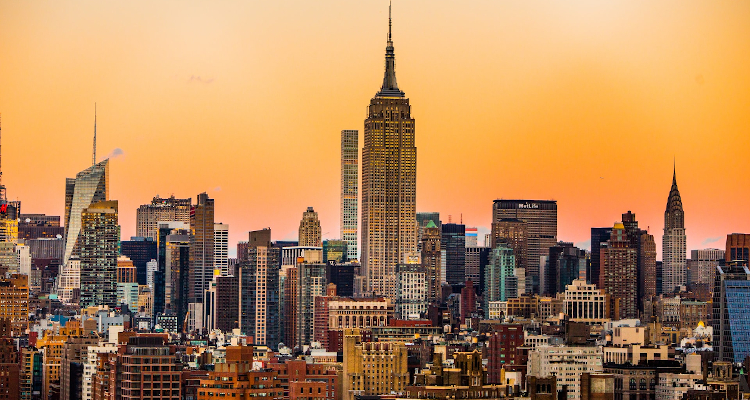 The New York Times reported this morning that NYC government officials had enlisted the 89-year-old Clive Davis to executive produce the “blockbuster” musical event, which is scheduled to take place at Central Park’s Great Lawn in August. Additionally, the Brooklyn native Davis – who in late February canceled his pre-Grammy gala after being diagnosed with Bell’s palsy – acknowledged his involvement with the mega-concert on social media.

Though Clive Davis hasn’t yet announced any of the acts who will play the three-hour-long live-music event – which is expected to welcome a 60,000-person physical audience and air on television – the Sony Music chief creative officer did specify that he’ll look to book “iconic” artists.

Furthermore, the Live Nation-produced event is formally entitled “The Official NYC Homecoming Concert in Central Park,” per the Times once again, and the concert is designed both to celebrate the Big Apple’s long-awaited reopening and to “emphasize the need to vaccinate more young people.”

On this front, organizers will give away the majority of the happening’s tickets for free, though as is also the case at the Hollywood Bowl and some other venues, there will be different sections for those who’ve received a COVID-19 vaccine and those who’ve not done so. Higher-ups reportedly intend to reserve some 70 percent of the passes for vaccinated persons.

Additionally, New York City Mayor Bill de Blasio spoke of the Clive Davis-arranged homecoming concert during a press conference today, stating: “You can see the recovery growing all the time. You can see the comeback happening. But we want to amplify it, we want to make it bigger. And so this morning we have a big announcement about a citywide celebration of New York City. A citywide moment to declare that New York City is back.

“This is going to be an amazing, memorable, once-in-a-lifetime week in New York City. It is the brainchild of Danny Meyer, who has been serving, I’m so appreciative, as the chair of the New York City Economic Development Corporation board,” continued the mayor.

And in terms of the concert’s lineup, de Blasio relayed: “I turned to Clive, I said, ‘I need the biggest, most extraordinary all-star lineup you can put together, heavy on New York artists.’ He said, ‘I’m on it, I’m going to make it happen.’ So in August, get ready for an unforgettable week.”

Needless to say, that a massive concert is in the works for New York – which has made headlines throughout the pandemic for its comparatively stringent lockdown restrictions, including a blanket prohibition of ticketed events – is a decidedly positive sign for the live-music space. More broadly, many artists are preparing to embark on tours and/or play festivals not only in 2022, but throughout the remainder of 2021.

To be sure, prominent creators such as Machine Gun Kelly, Questlove, and Patti Smith are slated to play SummerStage in Central Park, whereas Lollapalooza will return to Chicago in late July, with performances from the likes of the Foo Fighters, Modest Mouse, Jimmy Eat World, and Tyler, the Creator.

Lastly, The Eagles just recently added (earlier) dates to their Hotel California 2021 tour, which will now kick off on Sunday, August 22nd, at Madison Square Garden.