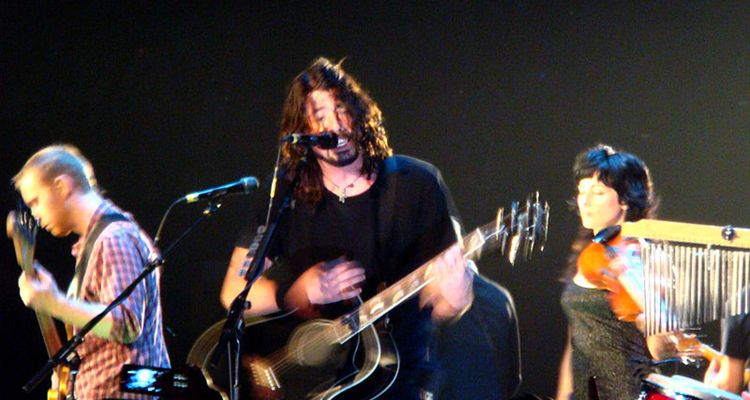 The Foo Fighters will headline a 100% capacity Madison Square Garden show this month.

The June 20 show will be the first 100% capacity show in New York since the pandemic shutdown. Tickets for the show will go on sale Saturday, June 12 at 10 am ET.

“We’ve been waiting for this day for over a year,” Dave Grohl said in a statement announcing the show. “And Madison Square Garden is going to feel that hard. New York, get ready for a long ass night of screaming our heads off together to 26 years of Foos.”

The Foo Fighters’ delayed Medicine at Midnight album released in June. Grohl is also busy being the star and producer of the Paramount+ show, ‘From Cradle to Stage.’ The Foo Fighters were the first to play a Los Angeles stadium for a closing set at the filming of ‘Vax Live’ at SoFi Stadium on May 2.

“Having confirmed their appearances atop the 2021 lineups of Lollapalooza, Bonnaroo, and Bottlerock, Foo Fighters are answering the burning question of ‘Are they doing any of their own shows?’ with a resounding, F*CK YES,” the press release reads. Tickets for these shows went on sale June 4.

The six newly announced dates will be the first Foo Fighters shows since their new album. Dave Grohl has told fans to keep a watchful eye on the Foo Fighters website for more dates and shows to be announced. Grohl has been busy with films, a memoir, and several one-off songs during the pandemic.