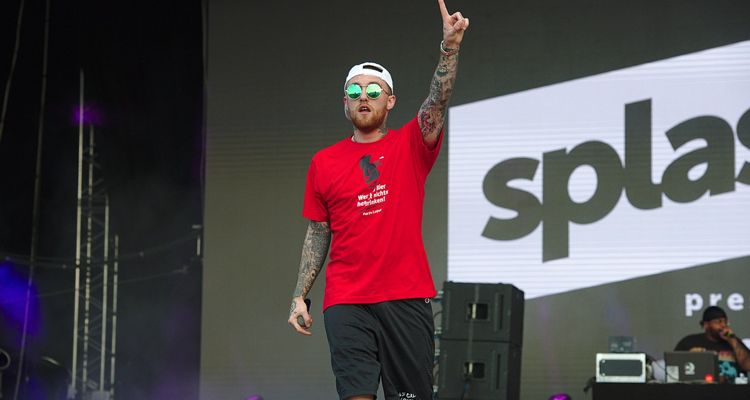 A trial date has been set for three men accused of being drug dealers who sold Mac Miller the pills that killed him.

The rapper died in September 2018 of a “mixed drug toxicity” overdose. Coroners found fentanyl, cocaine, and alcohol in his blood at the time of his death. Real name Malcolm McCormick, Miller had a history with drugs, frequently rapping about their effects on his body.

In 2019, three men were charged with selling cocaine, oxycodone, and Xanax to the rapper. Cameron James Pettit, Andrew Walter, and Ryan Michael Reavis have been held without bail for two years in Los Angeles. Their trial is now set to begin on November 16, 2021.

Federal prosecutors for the case say the drug dealers knowingly sold counterfeit pills laced with fentanyl. According to those documents, Walter allegedly supplied the pills to Pettit, while Reavis served as a drug runner delivering the pills to Miller. US Attorney Nick Hanna says all three men were aware of the dangers of their product after Miller’s death.

The defendants “allegedly continued to sell narcotics after Mr. McCormick’s death with full knowledge of the risk of their products,” the DOJ document reads. Mac Miller’s drug dealers are now set to face trial after two years.

“It has become increasingly common for us to see drug dealers peddling counterfeit pharmaceuticals made with fentanyl,” Hanna says in a statement accompanying the indictment. “As a consequence, fentanyl is now the number one cause of overdose deaths in the United States.”

Reavis is facing additional charges, including possession of prescription drugs, drug paraphernalia, weapons misconduct, and the manufacture of a prohibited weapon. Reavis’ lawyer says he wants his trial to be separate because his involvement as an “alleged runner and minor participant” was “alleged to be involved in one transaction.” A judge denied that request.

Last month, Mac Miller’s family released a statement condemning the release of an unauthorized book. The unauthorized book is available for pre-order and comes two weeks after the Miller estate announced their own book.

The family says the book’s author, Paul Cantor, was not authorized or endorsed by the family. The statement says the book “has been written by a writer who had no meaningful access to those that were closest to Malcolm – friends, family, and collaborators. ”

“In fact, the writer of this book was made aware at the outset of the process of writing that the family and friends of Malcolm were uncomfortable with him authoring this biography. Yet he chose to proceed against our polite insistence that he not do a disservice to Malcolm’s legacy through writing a book without legitimate primary sources.”