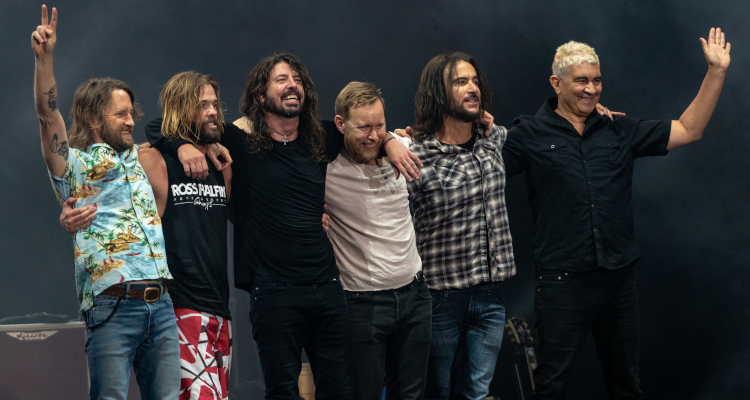 Earlier this month, the Foo Fighters announced that they would play a full-capacity gig at Madison Square Garden on Sunday, June 20th. However, some fans are now criticizing the fact that only fully vaccinated individuals will be admitted to the show.

About one week back, the 27-year-old rock band revealed their plans to perform Madison Square Garden on Father’s Day, in what will be the Big Apple’s first full-capacity gig since the onset of the COVID-19 pandemic (and the implementation of lockdown measures and large-gathering bans) last year. Separately, the Foo Fighters are set to play solely for vaccinated fans at LA’s Canyon Club tomorrow.

For additional reference, MSG’s website specified at the time of this piece’s writing: “In order to accommodate as many guests as possible, The Garden is complying with New York State guidelines that require all guests to be fully vaccinated for venues to reach 100% capacity.

The policy represents a noteworthy change, for the Knicks maintained vaccinated and unvaccinated seating sections at Madison Square Garden this year – though higher-ups indicated late last month that they would have done away with these unvaccinated sections if the team had moved on in the playoffs.

Plus, different happenings and venues – the Hollywood Bowl, Lollapalooza, and NYC’s comeback concert among them – will enable fans to show proof of either full vaccination or a negative COVID-19 test as a condition for entry. It also bears emphasizing that the tickets to several other Foo Fighters concerts don’t appear to have COVID-19 vaccine requirements, suggesting that the stipulation was in fact put in place by the venue as opposed to the artist.

Keeping the points in mind, some on social media are levying firmly worded criticism against the vaccination policy associated with the Foo Fighters’ upcoming shows.

“I’ll never buy another ticket to a @foofighters concert. Not all people that choose to NOT vaccinate are conspiracy theorists. Some people, very close to me, have autoimmune conditions that make the vaccine a high risk proposition,” one critical observer stated in part.

“Foo Fighters are playing at Madison Square Garden, but only for the vaccinated! Rock artists used to question things and stick it to the establishment, but not anymore; and some even accept and promote discrimination,” weighed in another individual.

“A favorite band of mine is playing/promoting a couple of shows where you are required to show proof of vaccination,” commented a different supporter. “I understand the venues can supposedly do what they want in regards to access to the building, but the Foo Fighters should refuse shows like this.”

“@foofighters love what you’ve done regarding those going to a gig! Safety first. #vaccine,” penned a social-media user in support of the requirement.

Others yet have pointed out that large-gathering bans will continue to impact graduations and other non-entertainment events in the Empire State even after the Foo Fighters perform at Madison Square Garden.

“The Foo Fighters will play to a fully packed Madison Square Garden on June 20. Later that week, Tottenville High School will have to hold six separate graduation ceremonies because they’re limited to no more than 500 people on their outdoor football field,” tweeted a local reporter.

At the time of this piece’s publishing, the Foo Fighters – who will be inducted into the Rock and Roll Hall of Fame in October – didn’t look to have commented publicly on the vaccine-policy pushback.