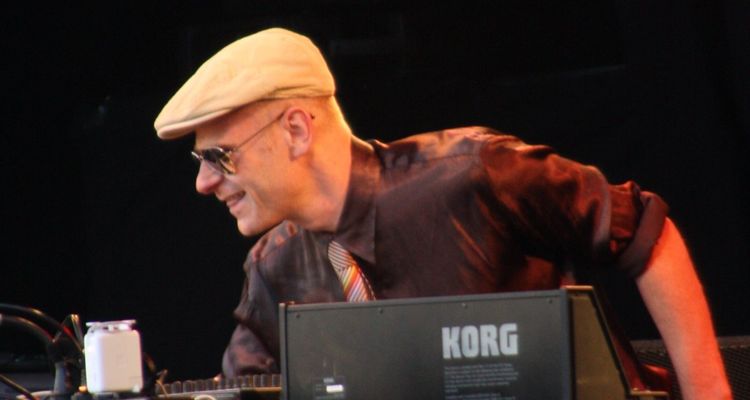 Film composer Tom Holkenborg, aka Junkie XL, is ready to soundtrack your life as an NFT.

The musician is auctioning off a non-fungible token (NFT) to soundtrack the winner’s life. Holkenborg says he will create a unique, 20+ minute ‘personalized audio odyssey’ for the auction winner that is based on an interview with the winner.

Holkenborg is famous for his scores of movies like Mad Max: Fury Road and Jack Snyder’s Justice League. Holkenborg says the auction is an attempt to experiment with NFT technology and the decentralized approach to digital item ownership.

“Beneath the hype, it still feels quite punk rock and DIY, and I believe that major possibilities exist within the blockchain to help empower creators,” Holkenborg told Decrypt. “I thought the ‘Soundtrack of Your Life’ was my chance to add something different and make something totally unique.”

The ‘Soundtrack of Your Life’ NFT will be auctioned off on AmplifyX – an NFT platform built on the Tezos blockchain. Bidding will start on June 16 at 12 pm EST. The Tezos blockchain is different in that it uses a proof-of-stake mechanism to validate itself.

Most NFTs are built on the Ethereum blockchain, which currently uses a proof-of-work mechanism. This power-hungry algorithm requires miners to validate and verify transactions, resulting in high fees and energy usage. For example, OneOf says minting an NFT on Tezos uses two million times less energy than other networks like Ethereum.

The ‘Soundtrack of Your Life’ NFT auction will also include a collection of other works from Junkie XL. That also includes his first original non-film-related work since 2012, the single “Despite All That Was.” It will also include three audio-visual artworks from the musician in partnership with visual artist Space Renders.

Holkenborg isn’t the first artist to embrace the NFT space, but he is joining a growing chorus. The rock band Kings of Leon released their latest album as an NFT. EDM artist 3Lau made over $11 million, selling an album as 33 individual NFTs. Even Mick Jagger and Dave Grohl have jumped on board the NFT craze in the past few months.

While the price of NFT auctions has died down in recent months, there is still plenty of growth in the space. Popular cryptocurrency hardware wallet Ledger appointed former Apple Music executive Parker Todd Brooks as its head of NFTs. Ledger hopes to build out an NFT management product for those in the community.