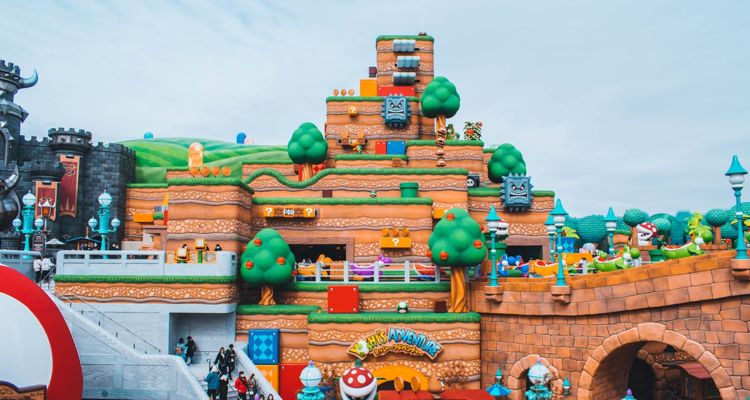 Microsoft and Nintendo’s approaches to streaming re-transmission rights for music were vastly different during E3 — with Twitch streamers caught in the crossfire.

Microsoft let streamers know ahead of its big showcase on Sunday that co-streaming is encouraged. It obtained all the re-transmission rights to the music featured in its trailers for up to twelve months, giving streamers ample time to hype the games with their audiences before the VODs need to be removed.

Nintendo took the opposite approach, discouraging Twitch streamers from co-streaming the event entirely. The original tweet is in Japanese, but the official @Twitch account shared the tweet with additional information in English.

“Nintendo tweeted from their official account that co-streaming today’s event is not allowed, differing from years past. While /twitchgaming has permission to air the show, we won’t be airing the event because all creators can’t co-stream.”

TwitchGaming is Twitch’s official live channel that hosts gaming conferences whenever they happen. Microsoft, Nintendo, and Sony usually schedule their shows on different days, so they retain the focus for the day. But Nintendo’s decision to disallow co-streaming seems to suggest a different approach.

Twitch’s approach to licensing music leaves many game developers and publishers in a difficult place. Microsoft did the right thing by securing the re-transmission rights for the music featured – but only for a year. It’s perfectly possible that a year from now, several creators will get DMCA strikes against their channels for not deleting those VODs when the rights expire.

Twitch could fix this by properly licensing music not just for its live streaming, but VODs, too. Despite viewing itself as a live-stream first platform, many creators keep their VODs to showcase their personalities. The intense curation of VODs without proper tools is a nightmare for someone who is live every night.

YouTube Gaming has sniped some major names in the world of gaming because creators don’t want to deal with the headaches. Valkyrae was offered a rumored $1 million deal to switch to YouTube Gaming, an offer she took up with gusto. She cites not having to worry about numbers and creative freedom as primary reasons for the switch.

Nintendo wants to keep the focus on its primary Nintendo Direct stream – but streamers are like the TikTok of gaming. It’s how new games are hyped up among staunch fans of gaming franchises. Refusing to embrace co-streaming because of music licensing issues really detracts from the ‘online’ E3 event that replaced this year’s live show.