If Streaming Isn’t Paying the Bills, Maybe Vinyl Can — Now Qrates Has a Way to Help Artists and Labels Sell a Lot More Records 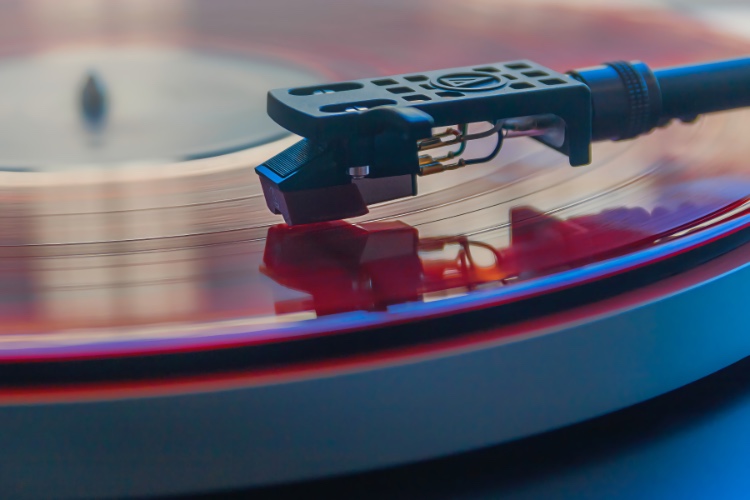 One sad outcome of the streaming explosion is the lack of any significant revenue for most artists. But what if streaming success could be translated into more meaningful revenue opportunities in the physical realm? That’s a challenge Qrates has been tackling by creating an end-to-end vinyl production solution for artists, complemented by a fan crowdfunding option to jumpstart projects. The goal is to strip away the considerable financial and inventory risks associated with creating vinyl, while opening a more lucrative format beyond streaming. In a landscape of disconnected and oftentimes smaller vinyl pressing plants, Qrates has weaved together a network of manufacturers to fetch the best prices and speediest turnaround times.

We’ve covered the pound-for-pound revenue advantages of vinyl records for artists, though leveraging that advantage has always been difficult for indies. Now, Qrates is attacking that problem head-on, and helping artists better monetize their online fanbases.

But these costs — and the obligations brought on by storing large quantities of vinyl records in-house —  needn’t dissuade artists from turning their considerable presence on streaming platforms (both live-streaming and traditional) into considerable revenue.

While the income attributable to online gigs (and especially the dismal royalties paid by YouTube, Spotify, and Apple Music) can be underwhelming, strong streaming listenership, as an indicator of fan interest, often sets the stage for popular vinyl releases. Accordingly, Qrates and Digital Music News have joined forces to share some of the company’s recent success stories in this initiative — which are likely the first of many.

One example comes from Chillhop Music, which has 3.1 million YouTube subscribers and has achieved solid results across multiple campaigns with Qrates. Qrates stocks inventory in its London and Michigan warehouses, processes orders, handles fulfillment, and, by emphasizing crowdsourcing, eliminates much of the risk associated with releasing music via the comparatively costly (and lucrative) format.

Perhaps the foremost contributor to these and many other vinyl sale successes, aside from sizable streaming followings, is the intuitive user experience Qrates offers artists. The prospect of establishing a foothold in vinyl is intimidating, but Qrates aims to make these first steps as painless as possible.

Another major hurdle-reducer is Qrates’ crowdfunding option, which allows labels and artists to press vinyl without upfront costs or inventory risk. Once a minimum of 100 units is pre-ordered, Qrates presses the records and ships them directly to fans or to any destination specified. Artists can also “Press & Sell” to immediately start recovering costs with pre-orders while records are being produced.

Additionally, clients maintain full control of the entire process, including everything from design to packaging options to the weight of the records. They also have the option of consulting Qrates’ team or, for a nominal fee, connecting with audio mastering professionals specifically for vinyl.

Qrates’ 3D visualizer tool, for its part, enables creators to see exactly what their vinyl records will look like – and cost – before finalizing the order at hand, and the corresponding images are ideal for teasing variations to fans.

Qrates will store orders of any size for free, from a single record to expansive inventories, in their aforementioned storage and shipping facilities. Effectively, Qrates is moving a design, manufacturing, storage, and delivery chain under one umbrella, while vastly lowering the cost and management complexity for artists.

Exact income per record sold (after production and processing expenses) varies based upon the price paid by customers, of course. But the underlying business model is driven by an artist-friendly vision, especially when compared to the per-stream payments offered by Spotify (typically one-third of a penny to one-half of a penny).

On that last point, it’s interesting to note that Spotify recently reported that its most popular ‘merchandise’ option was vinyl, beating out items like t-shirts. While vinyl purists are loathe to call vinyl ‘merchandise,’ a number of fans buy vinyl simply because the format is a physical keepsake — and a valuable memento even for those that don’t own a turntable.

Either way, a vinyl purchase is a vinyl purchase. Lofi Girl, for instance, a Paris-based livestream channel and record label that specializes in low-fidelity hip-hop music, has a solid presence on Spotify and boasts over 8.4 million YouTube subscribers.  Lofi Girl’s sixth vinyl release through Qrates, Window Seat, sold 802 units for about $24.19 (€19.95) each during an initial pressing, generating a total of $19,400.38. At the upper end of Spotify’s per-stream royalty rate, one would need to secure a staggering 3.88 million or so plays to earn the same amount. On YouTube, that figure would be multiplied several times over.

More than being a reliable, quick-growing income source for creators, however, vinyl provides a means of strengthening relationships with dedicated supporters – the most committed five percent or so of one’s fanbase – as well as engaging the medium’s diehards and identifying consumer habits that could prove useful in the coming months and years.

“We want to help identify and nurture new fans who will buy your music,” Qrates CMO Taishi Fukuyama told Digital Music News. “The Qrates community includes hundreds of thousands of music lovers and vinyl enthusiasts, many who have purchased hundreds of records by artists they have discovered on Qrates. These consumers are passionate about vinyl, and seek to discover artists with new vinyl they can buy.”

Brandon Boyd of Incubus, Jack Conte’s Pomplamoose, and Vulfpeck are some of the artists who’ve launched multiple successful vinyl projects via Qrates. Vulfpeck alone has made 20 records available to fans through Qrates to date, the newest of which, a third installment in the one-press-only Vulf Vault series, has sold 6,095 units at $30 apiece, generating $182,850 from this release alone. Vulfpeck’s previous vinyl releases have already exceeded $1 million dollars in sales on Qrates.

As encouraging as the vinyl landscape is today, evidence suggests that even better things are on the way. Currently, a surge in vinyl demand isn’t being met by a concomitant increase in manufacturing capabilities. Fukuyama told us that major labels are maxing out current manufacturing capacity thanks to their big titles and even bigger buying power. But that’s where Qrates is combating that problem with its collective bargaining power: currently, Qrates is placing tens of thousands of vinyl orders for more than 6,000 artists, with a network of pressing plants at their disposal.

Now, with long delays, prohibitive costs and a notoriously difficult manufacturing process no longer preventing artists from delivering vinyl to their fans, Qrates is hoping that more artists explore the format and its vast earning potential.  “Everybody’s excited that sales have been increasing for 14 years, but this is really just the tip of the iceberg,” Fukuyama continued.

Qrates is now demoing their vinyl production model in a quick, 15-minute demo to artists, labels, and anyone else interested in pressing platters. Check it out here.