Nearly Half of All Americans Are Now Paying for Audio of Some Kind, Study Finds 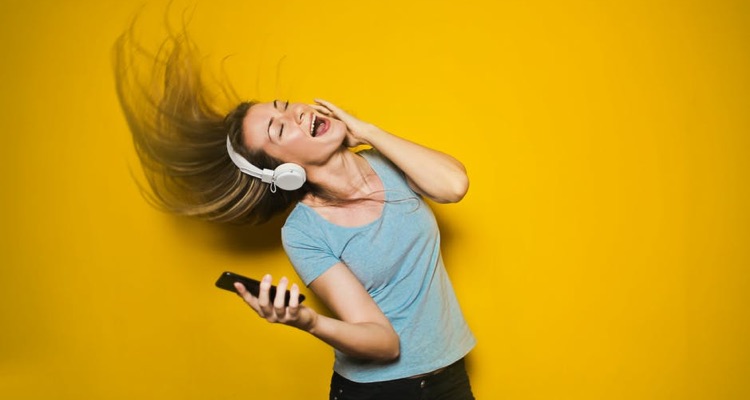 Almost half of all Americans are currently subscribed to an audio entertainment service (including satellite radio, streaming, and more), according to a newly published study.

The noteworthy statistic came to light in a survey published today, which indicated that 47 percent of Americans age 13 and up “subscribe to an audio service” as of 2021. “Audio service” in this instance refers specifically to streaming platforms Amazon Music, Apple Music, YouTube Music, Spotify, Pandora, satellite-radio giant SiriusXM, the $4.99-per-month iHeartRadio Plus, and Amazon’s Audible audiobook platform.

This audio-subscription percentage has more than doubled since 2015, when just 23 percent of Americans said that they subscribed to an audio service. Worth mentioning, however, is that the figures —  reported by Edison Research — aren’t solely indicative of subscriptions, given that multiple individuals could (and often do) share entertainment accounts.

Furthermore, both accountholders and those who listen on others’ accounts would presumably respond in the affirmative when asked whether they’re subscribed to an audio service, the study’s organizers emphasized. Nevertheless, the considerable uptick across 2015 and 2021 reflects fans’ growing willingness to pay for music subscriptions and other audio entertainment, in the United States and abroad.

Spotify, for instance, added 25 million premium subscribers between Q4 2017 and Q4 2018, for a total of 96 million paid users at the latter period’s end. By Q4 2019, the Stockholm-based service’s paid accounts had swelled to 124 million (with 153 million ad-supported users), whereas Q4 2020’s premium-subscriber count surpassed 155 million.

Spotify, for example, gained just three million paid subscriptions in Q1 2021 – suggesting that previous quarters’ double-digit growth had leveled off. About 29 percent of the company’s Q1 2021 subscribers resided in North America, against 40 percent for Europe, 20 percent for Latin America, and 11 percent for the rest of the world.

And the relatively small QoQ subscriber improvement as well as the comparatively small monthly fee that many of these new subscribers pay (depending upon their region), in coordination with a 70 million-track library that grows by 60,000 songs per day, mean that the company’s per-stream royalty rate could continue to trend downward.

As a pertinent aside, U.S. recorded music revenues, at an inflation-adjusted total of $12.2 billion in 2020, remain over 46 percent beneath their 1999 peak, notwithstanding the streaming boom.

In an effort to offset the subscriber slowdown’s revenue-related impact and increase earnings, Spotify earlier this year raised prices on a number of plans, besides debuting podcast adverts even for premium users and further embracing paid-promotional options for labels and artists.

Podcasting has emerged as a key component of the company’s business model – both from a monetization perspective and with regard to standing out from the competitive music-streaming crowd, if an array of exclusive (multimillion-dollar) contracts are any indication. Lastly, Spotify, after acquiring Clubhouse competitor Locker Room in March, rolled out a social-audio app called Greenroom earlier this month.