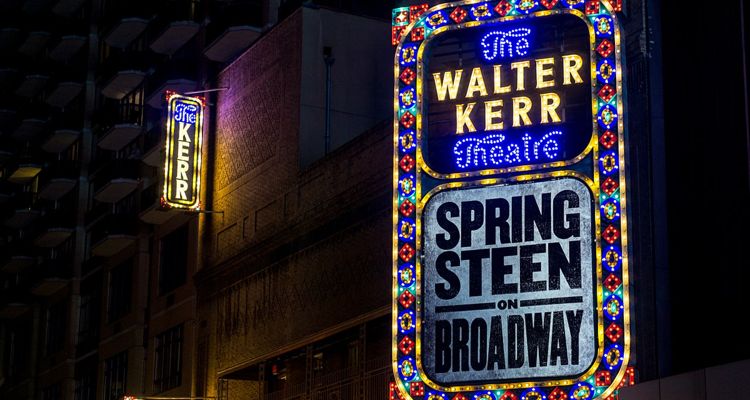 Bruce Springsteen on Broadway is opening on June 26th to vaccinated fans – but not to those who received the AstraZeneca vaccine.

Fans who want to attend the show will need to prove they have been vaccinated — but that proof must be in the form of at least one of the vaccinations authorized by the U.S. Food and Drug Administration. That includes the Moderna, Pfizer-BioNTech, and Johnson & Johnson vaccines, but not the AstraZeneca vaccine.

The AstraZeneca vaccine has not been given FDA approval, so it was not distributed in the US. But more than 1.7 million people in Canada have the vaccine. The vaccine is available in most countries across the world, with the exception of the United States. Eric Clapton reported receiving the AstraZeneca vaccine and subsequently suffering seriously adverse reactions. That included fears that he’d lose the ability to play guitar again, though Clapton reports that he’s fully recovered from the episode.

The Springsteen on Broadway performance is described as “a solo acoustic performance” and “an intimate night with Bruce, his guitar, a piano, and his stories.” New York St. James Theater says the vaccine requirements are at the direction of New York State.

Other restrictions are also being piled on for younger fans. Attendees under 16 are exempt from the requirement but must be accompanied by a fully vaccinated adult. They also must show proof that they tested negative on a recent coronavirus test. There are no exceptions made for people who are unable or unwilling to be vaccinated.

The two-hour show debuted in 2017 at the Walter Kerr Theatre and ran for 236 performances. The coming series will run Tuesday through Saturday. Springsteen says he has no plans on slowing down after spending six decades on stage. He says that playing live shows for audiences remains an experience that cannot be simulated for stars.

Springsteen on Broadway will be the first show to return in 2021; other shows are returning in September. Many fans are lamenting the requirements since vaccine approval for international fans would hinge on whether or not they received the AstraZeneca vaccine.

Back in February, Bruce Springsteen had his DUI charge dropped after he agreed to pay a $500 fine. He was charged with driving while intoxicated, reckless driving, and consuming alcohol in a closed area at a recreation area in New Jersey.

Springsteen did plead guilty to drinking a shot offered by a fan but had the DWI charges dismissed. His blood-alcohol level at the time of his arrest was only .02, whereas New Jersey’s legal limit for intoxication is .08. Springsteen had no previous criminal record of any kind.