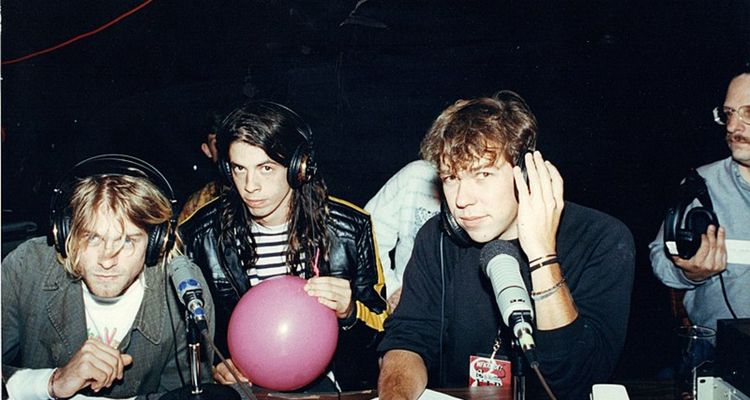 A rare self-caricature drawn by Kurt Cobain in 1992 has sold for nearly $300K at auction.

The drawing was sold over the weekend at Julien’s Auctions for $281,250. The drawing was part of a Music Icons auction collection. The image appears to be drawn with a black felt pen on stationary from TNT Music Centre in Singapore while Nirvana was on their Nevermind album promotional tour. The image is signed, “Kurdt Kobain Rock Star.”

The image also features a phrase, “I don’t know how to play and I don’t give a hoot!”

Kurt Cobain died just two years later in 1994 by suicide after a lengthy battle with drug addiction. He was only 27. Julien’s Auctions has set several sales records in regards to Cobain memorabilia over the years. A 1959 Martin D-18E guitar he played during an MTV Unplugged performance sold for over $6 million last year. It set the record for the world’s most expensive guitar ever sold at auction at the time.

“SOLD for $281,250! A self-portrait caricature by Kurt Cobain playing the guitar, signed on the left of drawing ‘Kurdt Kobain Rock Star’ and handwritten on the right ‘I don’t know how to play and I don’t give a hoot!’,” the Julien’s Auction tweet reads. 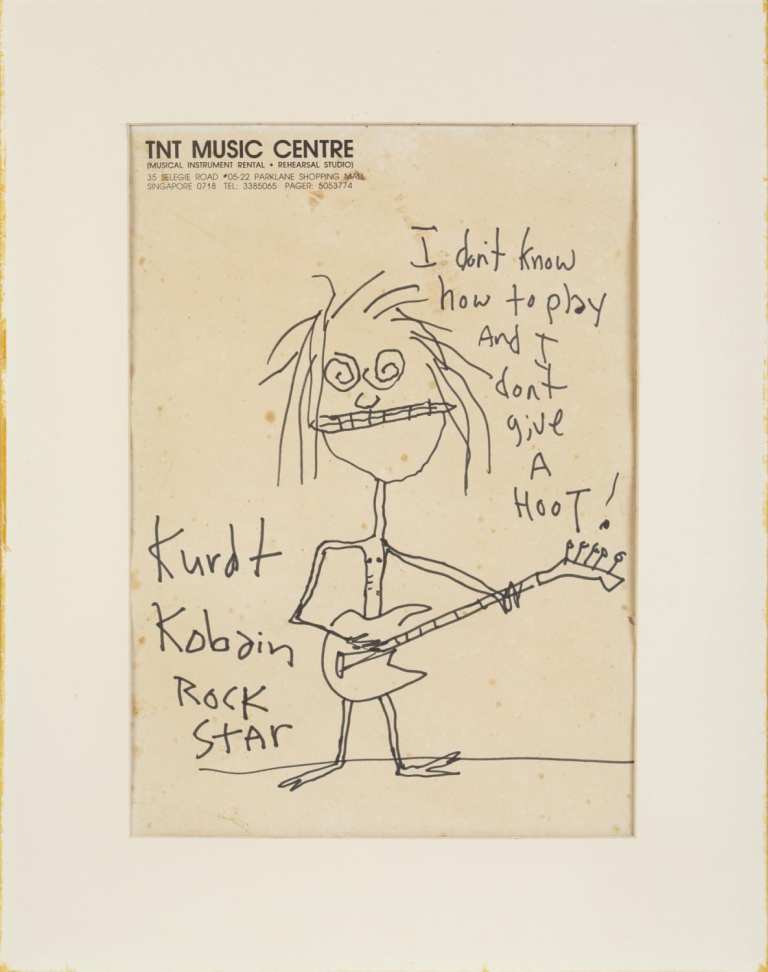 Julien’s Auction featured a Music Icons selection with several other items. A 1994 blue Cloud guitar made by Andy Beech and commissioned by Prince was also part of the collection. Also up for auction was a stage-worn constume designed by Bob Mackie for Cher’s 2002 The Farewell Tour.

Over the years, there has been a lot of interesting music memorabilia related to Nirvana and Kurt Cobain. In May 2021, Iconic Auction sold a lock of Kurt Cobain’s hair in a collection that included locks from Jimi Hendrix and John Lennon. The hospital gown worn by Kurt Cobain during Nirvana’s set at the Reading Festival in 1992 was also auctioned.

In March 2019, a paper plate with a Nirvana setlist written by Cobain sold for $22,400. Julien’s says the paper plate was handwritten at the 9:30 nightclub in Washington D.C. in 1990. It was part of the auction giant’s Music Icons collection that year. Also sold during that auction was a green sweater worn by Cobain during his last Nirvana shoot in 1993. The sweater was sold for $75,000, fetching much more than pre-auction estimates.