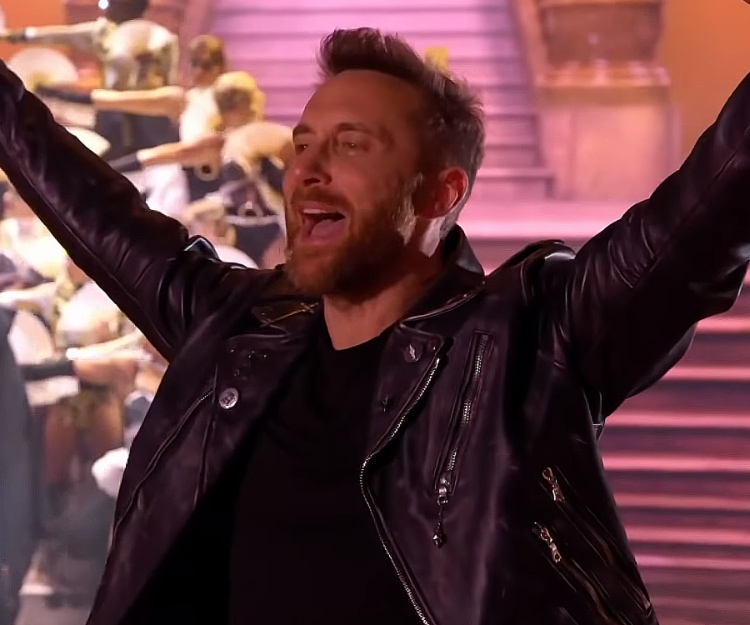 David Guetta at the MTV Awards In 2018 (Photo Credit: MTV International CC by 3.0)

Earlier this week, we first reported that superstar DJ David Guetta had finalized a $100 million partnership with Warner Music Group. That single deal — as well as existing intellectual property assets and a potentially lucrative real estate deal ahead — are pushing David Guetta’s net worth into the 9-figure stratosphere.

David Guetta has been an ultra-popular DJ, producer, and songwriter for more than 20 years. But his net worth is suddenly surging, thanks to a recently-inked recording deal with Warner Music Group. That deal, which carries an estimated value of at least $100 million, involved a major recording catalog sale and participation in future royalties.

Warner Music didn’t disclose the financial terms of the contract, but the Financial Times reported that the deal was worth a total of $100 million. That valuation covers both the purchase of Guetta’s considerable recorded music catalog, as well as a share in future recordings and projects.

Jean-Charles Carré, Guetta’s manager, indicated that multiple parties besides WMG were looking to buy the IP. “A lot of people approached us to express interest in David’s catalog,” Carré explained. “We decided to continue our partnership with Warner because they have a knowledge of and passion for David’s music, with a global team that’s constantly working to place it in new contexts.”

So how is that impacting David Guetta’s broader net worth? Back in 2015, Forbes pegged the DJ’s annual earnings at $37 million, and multiple net worth estimates hit the $75-80 million mark by 2018. Forbes cited multiple high-dollar residencies in both Las Vegas and Ibiza in their calculation, as well as headlining spots at events like Coachella. A long string of hits, including those involving Nicki Minaj, Lady Gaga, Britney Spears, and others, also produce considerable revenue flows, with self-released hits also producing massive returns.

Based on more recent estimates, David Guetta’s lump sum $100 million payment from WMG theoretically pushes his net worth past $175 million. But Guetta’s decision to shift IP ownership to Warner means that the DJ no longer reaps full royalty revenues from his catalog — though it does shift a relatively illiquid asset into an immediately realized gain. In all likelihood, Guetta sacrificed some long-term earning valuation for the immediate lump-sum payment, with Warner betting that it can generate a more substantial return over the long term.

Guetta still enjoys substantial revenue flows from other areas, including publishing, concerts, and future collaborations and projects. Given that future projects are, by definition, in the future, they don’t calculate into the DJ’s current net worth. But Guetta certainly has the potential to draw strong revenue streams in the future.

Beyond that, Guetta is also dabbling in pricey real estate. Just this morning, Digital Music News reported that the French DJ was putting his Miami condo high-rise on the market for a list price of $14 million. Given recent spikes in the housing market, it’s entirely likely that Guetta fetches that ask — and a $4.5 million realized gain after just a few years.