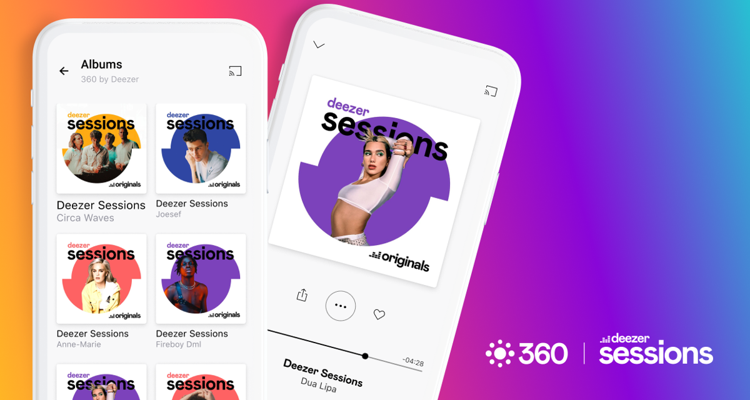 The new playlist is only available to Deezer HiFi subscribers. It features a 28-track playlist of live performances captured in Sony’s 360 Reality Audio format. It’s spatial audio similar to Dolby Atmos that delivers an entire soundstage of music.

Deezer says its 360 Sessions playlists make the listener feel like they’re at a live concert. Alongside Dua Lipa, other artists with spatial audio playlists include Annie-Marie, Circa Waves, Fireboy Dml, Lolo Zouai, and Barrie.

Sony’s 360 Reality Audio spatial audio format is not as well-supported as Dolby Atmos. At last count, the new format only had around 4,000 tracks available. Those tracks include music from artists like Bob Dylan, Alicia Keys, Miles Davis, Britney Spears, Harry Styles, Outkast, Elvis, and Doja Cat. The format is also supported on Tidal, Amazon Music HD, and Deezer.

“Each act brings our fans up close and personal to their favorite artists. To further preserve the integrity and specialness of each recording, we created ‘Deezer 360 Sessions’ in 360 Reality Audio. With 360 Reality Audio, fans will experience sounds that mimic an omni-directional soundscape that will transport each music fan to the heart of their favorite performance.”

But one key difference between 360 Reality Audio and spatial audio is that Sony’s system doesn’t use headtracking. Spatial audio can keep sounds consistent even when you look around. With 360 Reality Audio, sounds that come from your left will always be on your left, regardless of your head’s position.

Songs that are remastered in 360 Reality Audio are engineered differently, too. Each individual instrument, vocal track, and record sound is mapped to a spherical 3D space. The listener is positioned within the center of this spherical space – so sounds envelop the listener. This kind of mastering needs to be applied individually to each song, which is why every artist or streaming service does not support it.