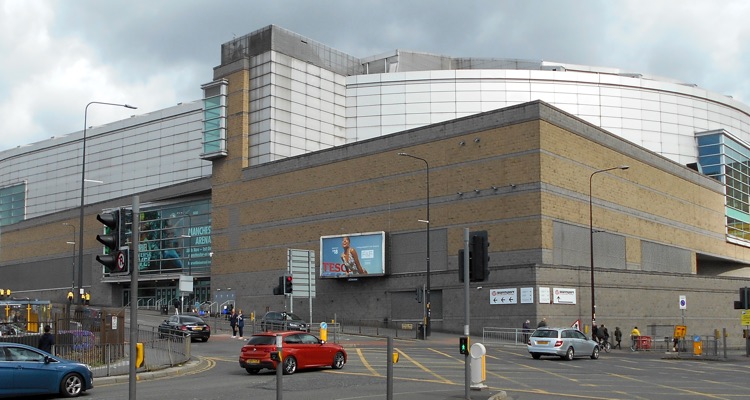 A newly released government report about the 2017 Manchester Arena bombing has identified multiple “missed opportunities for detecting and stopping” the act of terrorism, which claimed 22 lives and caused hundreds of injuries.

Inquiry chairman John Saunders, who in 2018 was appointed coroner for the inquests stemming from the terrorist attack, detailed these security lapses in a newly released report. The more than 200-page-long document – entitled “Manchester Arena Inquiry Volume 1: Security for the Arena” – will be followed by two additional volumes. And as its title suggests, this first third of the written inquiry centers on the security oversights that occurred during and shortly after Ariana Grande’s May 22nd, 2017, performance.

After noting early on that the terrorist attack was “a wicked act, inspired by the distorted ideology of the so‑called Islamic State” and “designed to attack our way of life and the freedoms we enjoy,” the report indicates that the Manchester Arena operator, the security and crowd-control company, and the British Transport Police (who were patrolling the broader Victoria Exchange Complex, including the concert venue) were “principally responsible for the missed opportunities.”

The criminal behind the terrorist attack began conducting “hostile reconnaissance” at the Manchester Arena on May 18th, 2017 – the same day on which he returned from Libya after more than a month. And while this multiday hostile reconnaissance “was conducted at times and in a way which made detecting him a substantial challenge,” per the report, the venue operator could have made the effort “more difficult…by pushing out the security perimeter of the security operation,” the text indicates.

Similarly, the terrorist – who “was visibly weighed down by his backpack, which weighed in excess of” 66 pounds – was able to enter the City Room (“one of the four customer access points into the Arena” and where the attack took place) without being searched because of the aforementioned “positioning of the perimeter.” And by situating himself in a camera “blind spot” upon initially arriving at the City Room at 8:51 PM, the criminal was able to avoid the attention of those in the security room.

“Had the area been covered by CCTV so that there was no Blind Spot, it is likely this behaviour…would have been identified as suspicious by anyone monitoring the CCTV,” the document proceeds.

Additionally, the on-duty British Transport Police “ignored” orders to stagger their breaks and conclude them by nine o’clock, before the 14,000 attendees (including many children) would begin to exit the arena at 10:30 PM or so, the text states. The terrorist left the City Room at about 10 minutes after nine, walked to the Manchester Victoria Station, and returned to the City Room mezzanine just after 9:30 PM, a little under an hour before he detonated the bomb.

“Adequate training” on the part of an employee would have prompted him to more quickly inform a superior when the criminal returned to the City Room (for he had briefly seen the terrorist previously), the document continues, and though BTP higher-ups specified that at least one officer should be positioned in the City Room itself at 10 o’clock, before the concert let out half an hour thereafter, zero officers entered the area during this time, according to the report.

Finally, a pre-exit security check created a “significant missed opportunity” because it focused mostly on “ensuring the egress routes were clear” and didn’t extend to the mezzanine. And one member of the public, who was waiting to pick up two concert attendees, noticed the terrorist about 20 minutes before the attack, became concerned with the fact that he “appeared to be hiding,” and asked him “what he had in the bag,” fearing that it “might contain a bomb.”

The criminal didn’t respond “in any meaningful way,” and due to the absence of police, the citizen informed the previously noted staff member, who didn’t have a radio and proceeded to relay the worry to yet another (radio-equipped) employee. After some hesitation because “he was fearful of being branded a racist and would be in trouble if he got it wrong,” this individual tried to communicate the concern over the radio, but gave up after failing to immediately get through to superiors, according to the report.

UK government officials are currently consulting on a “Protect Duty” – which will be based in part upon the contents of this volume-one report – for publicly accessible locations.