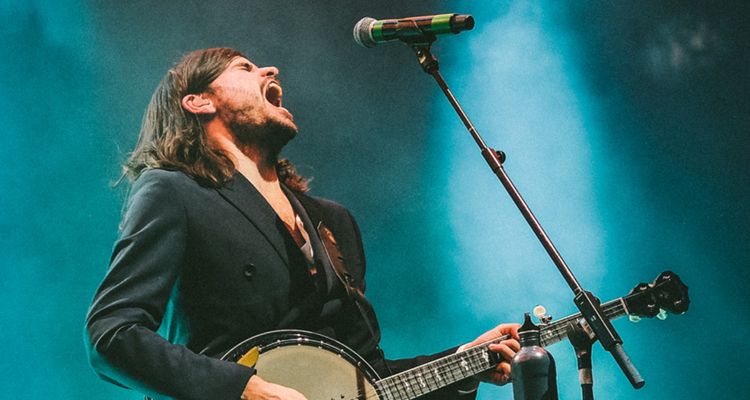 Winston Marshall has announced he is quitting Mumford & Sons to speak freely about political issues.

Marshall took a break from the folk-rock band he helped found back in March. That’s after tweeting praise for a book by right-wing activist Andy Ngo. Marshall was accused of endorsing the actions of far-right groups, but says nothing could be further from the truth.

“Over the course of 24 hours it was trending with tens of thousands of angry retweets and comments,” the guitarist writes. “I failed to forsee that my commenting on a book critical of the Far-Left could be interpreted as approval of the equally abhorrent Far-Right.”

“I’ve had plenty of abuse over the years. I’m a banjo player after all. But this was another level. And, owing to our association, my friends, my bandmates, were getting it too. It took me more than a moment to understand how distressing this was for them,” Marshall continues.

“Despite being four individuals we were, in the eyes of the public, a unity. Furthermore, it’s our singer’s name on the tin. That name was being dragged through some pretty ugly accusations, as a result of my tweet. The distress brought to them and their families that weekend I regret very much. I remain sincerely sorry for that. Unintentionally, I had pulled them into a divisive and totemic issue.”

Marshall says if he continues to speak about what he is passionate about, his bandmates will take the flak. So he’s quitting Mumford & Sons to speak more freely about his political beliefs.

“The only way forward is for me to leave the band. I hope in distancing myself from them I am able to speak my mind without them suffering the consequences. I leave with love in my heart and I wish those three boys nothing but the best. I have no doubt that their stars will shine long into the future. I will continue my work with Hong Kong Link Up and I look forward to new creative projects as well as speaking and writing on a variety of issues, as challenging as they may be.”

Earlier this year, Marshall co-founded Hong Kong Link Up, a charity that works to integrate Hong Kongers settling in Britain because of increasing political repression in their home city-state. Mumford & Sons were founded in London in 2007 and won the Album of the Year Grammy in 2012 for Babel.