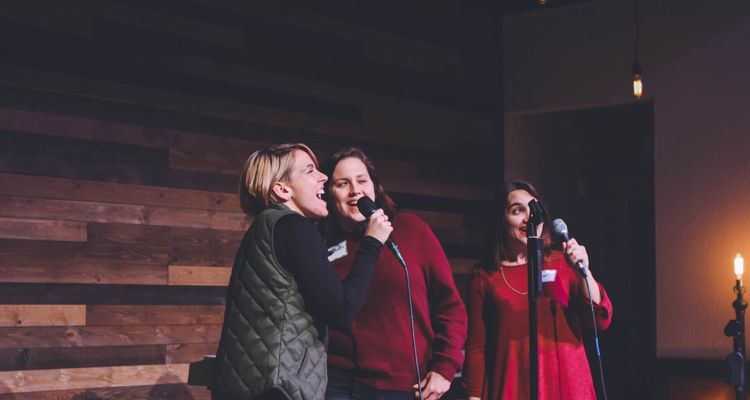 Spotify is evolving to become more than just a music streaming platform. Spotify Karaoke may be coming soon.

Last year, Digital Music News brought news that Spotify is working on a karaoke feature. Reverse engineer specialist Jane Manchun Wong found references to the in-app karaoke mode. The feature allows users to turn the vocals of songs they’re listening to up and down with on-screen lyrics that play.

Spotify did not confirm or deny its plans to bring a karaoke mode to its app after news broke.

But the move wouldn’t be surprising, considering Twitch closed its Twitch Sings app in January 2021. Amazon announced the closure of the online karaoke app by saying it would “invest in broader tools and services that will help support and grow the entire music community on Twitch.”

Tencent Music Entertainment also has its WeSing app, which is hugely popular in Asia. Last year, Tencent claimed its WeSing users generated over 10 million karaoke recordings per day and accounts for 77% of the online karaoke users in China.

Spotify may be hoping to create an online karaoke platform to draw in Twitch Sings users. Fans of music streaming services have been asking for a karaoke mode for years. A feature request from 2019 reveals Pandora fans want something similar.

The patent relates to a ‘Karaoke Query Processing System,’ by which audio can be matched from a smaller clip. “An electronic device receives an audio clip and performs a matching process on the audio clip. The matching process includes comparing at least a portion of the audio clip to a plurality of reference audio tracks and identifying, based on the comparing, the first portion of a particular reference track that corresponds to the audio sample,” the patent description reads.

“Upon identifying the matching portion, the electronic device provides a backing track for playback which corresponds to the particular reference track and an initial playback position of the backing track,” the patent continues.

In other words, Spotify is building a system to match audio samples to songs for karaoke purposes. “There is a need for a karaoke system which is capable of determining a users’ desired song for a karaoke performance even if the user cannot remember the name of the song or any other attributes of the song except for the melody of the song,” the patent continues.