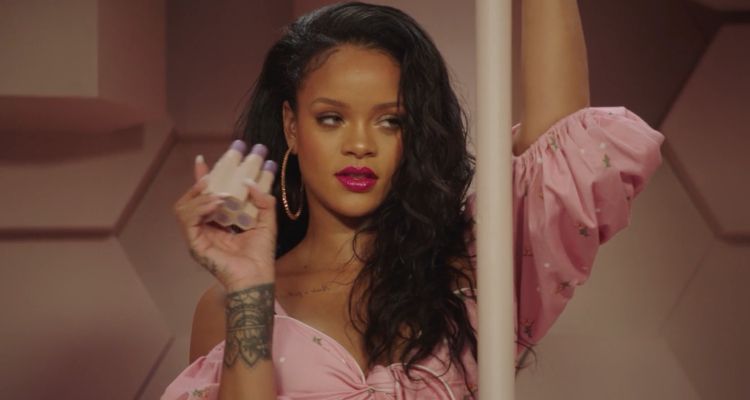 Rihanna’s Savage X Fenty lingerie company is facing a trademark infringement lawsuit over its “Adore Us” tagline, which New York City-headquartered clothing retailer Adore Me says is “confusingly similar” to its title.

10-year-old Adore Me, which sells “lingerie, sleepwear, activewear, legwear, loungewear, and swimwear products,” submitted a trademark application for its name back in July of 2011, with the application covering all manner of clothing. The trademark has a registration date in July of 2012, per the USPTO database, and Adore Me subsequently secured a second trademark – covering similar items as well as luggage, keychains, and more – in March of 2020.

After highlighting Adore Me’s social-media presence and business model, the straightforward complaint takes aim at the initially mentioned “Adore Us” tagline that the four-year-old Savage X Fenty “recently” began using to promote its products – including in a Google advert. As part of this ad, the Adore Us tagline “appears prominently among results for Adore Me and its products and services.

“Contrary to what such advertising suggests,” the plaintiff continues, “Savage’s clothing products and retail services are not authorized by, sponsored by, or affiliated with Adore Me.

“The advertisement is misleading to ordinary consumers who are likely to believe that they are purchasing Adore Me’s goods from an online retail source authorized by Adore Me,” the 12-page-long action proceeds, with the plaintiff purportedly losing “the opportunity to sell its other goods to consumers who are tricked into visiting Savage rather than the authorized Adore Me website.”

Adore Me sent Savage X Fenty a cease-and-desist letter on the first Friday of the month, June 4th, according to the legal document – but didn’t receive a response to the message or to a “subsequent follow-up communication” dispatched on Tuesday the 8th. And while it appeared for a brief period after the latter date that the Adore Us campaign had been shelved, Adore Me soon learned that the involved advertisements “were again in use by” the lingerie brand of Rihanna, the text indicates.

Consequently, Adore Me is seeking a permanent injunction enjoining Savage X Fenty from continuing to use the Adore Us tagline and run the involved advertisements, which are purportedly “causing immediate and irreparable harm and injury to” the plaintiff. The business is also seeking damages and, besides maintaining that Savage X Fenty committed federal trademark infringement, alleges a violation of California’s unfair-competition law.

At the time of this piece’s publishing, neither Savage X Fenty nor Rihanna herself appeared to have publicly addressed the complaint from Adore Me. Back in June of 2020, Kanye West – who just recently took legal action against Walmart – filed a trademark application for a Yeezy cosmetics line.