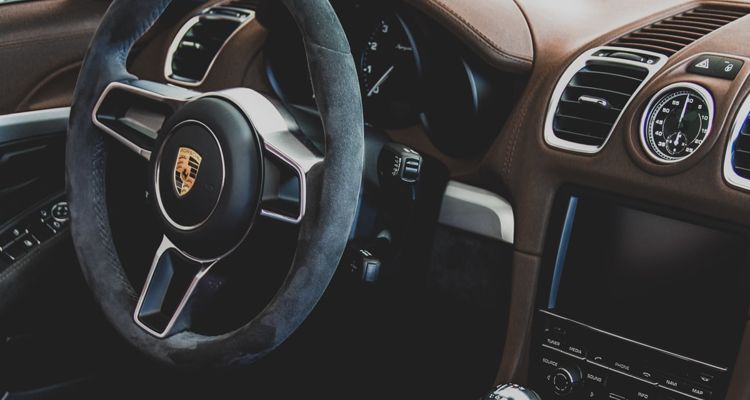 Porsche is developing a system to deliver background music that matches your driving style.

The system is currently in beta and is called Soundtrack My Life. It’s designed to take how you’re driving your car to the next level by offering music that changes with the surroundings. Say you’re on a chill drive with few twists and turns; the music stays nice and steady.

It’s part of Porsche’s next-generation in-car infotainment system, Porsche Communication Management (PCM). Porsche says the next version of PCM will ship with the 2022 Cayenne, 911, and Panamera car models. Adaptive music isn’t a new idea, but applying it to driving is a relatively novel approach.

The idea is that the driver will select a musical theme based on their mood and driving situation. The Porsche background music system does the rest.

“The software accesses pre-composed musical elements and, depending on the acceleration, speed, and centrifugal forces in the car, changes the complexity of the mix of these individual elements, adding or removing tracks and sounds to rearrange everything again and again,” Porsche says.

Porsche Digital’s Norman Friedenberger says the future of the project is bright. “We take data like speed and acceleration. Those are essential aspects that serve to personalize what comes to my ear in such a way that I have the impression that I am the composer of my own musical material.” In the future, Porsche could develop soundtracks for particular stretches of road.

Porsche may be developing background music to score your drive, but they’re not the only music-focused luxury car maker. BMW hired legendary composer Hans Zimmer to make its driving sounds for its electric BMW i4 cars. BMW wanted to have an electric car that sounds relatable.

“So for the electrically driven BMW M models we have developed a driving sound which accentuates their emotional driving experience particularly vividly and ensures their performance can be felt with even greater intensity,” says Zimmer.

BMW even lets their customers add these Zimmer-made sounds to previous models through a software update.

IconicSounds Electric comes as standard in the BMW iX and can be specified as an option for the BMW i4. In cars with earlier build dates, the new sounds can be imported retrospectively via Remote Software Upgrade, should the customer wish.

The new sound spectrum for BMW’s electric vehicles includes one ready-to-drive sound and one stop sound, plus a driving sound which will be made available in the relevant version for BMW models and BMW M cars with electrified drive system.