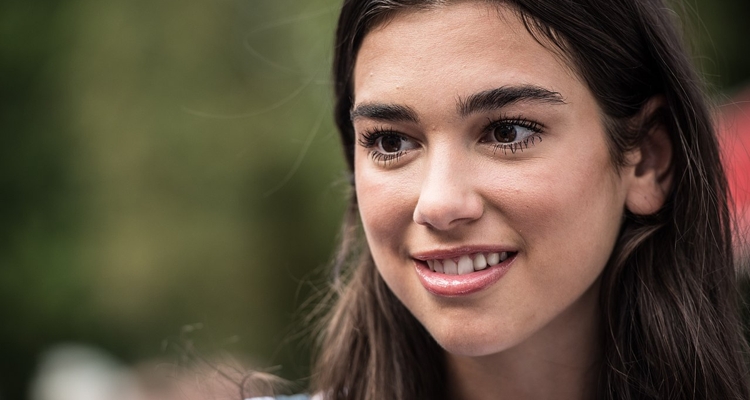 A paparazzi photographer has officially filed a copyright infringement lawsuit against Dua Lipa because the 25-year-old posted a picture of herself to Instagram.

The litigation-minded photog just recently submitted the to-the-point complaint to a California federal court, via his or her New York City-headquartered Integral Images company, “a professional photography business.” Coincidentally, the entity is based specifically out of Jamaica, Queens – as is Greensleeves Publishing, which made headlines today for suing Chris Brown and Sony Music for alleged copyright infringement.

According to the concise action, Integral Images on Sunday, February 3rd, 2019, snapped a picture of Dua Lipa. The photo is included as an exhibit in the case and appears to show the London-born “Love Again” artist, passport in hand and luggage at her side, waiting in line at an airport.

17 days thereafter, Integral Images applied to copyright the image (along with a number of others) – stateside copyright laws typically afford photographers the rights to their pictures of public figures – with the U.S. Copyright Office (application number 1-7437362240), and the USCO approved the request (registration number VA0002139800) that same day, according to the complaint.

The plaintiff noticed the photo on Dua Lipa’s Instagram account on Thursday, February 7th, 2019, however, and alleged that the artist, “without permission or authorization…[had] volitionally selected, copied, stored and/or displayed” the copyrighted work, the text discloses. Predictably, the image was no longer live on Lipa’s Instagram at the time of this piece’s publishing.

Consequently, Integral Images has accused the artist of direct copyright infringement, stating that the “unlawful” post may have “increased traffic” on her Instagram account and, in turn, caused Lipa to enjoy an uptick in “advertising revenues and/or merchandise sales.”

Dua Lipa doesn’t appear to have commented publicly on the lawsuit, which is just the latest in a long line of image-centered copyright infringement actions involving artists and music-industry organizations. To be sure, the Recording Academy in late January of 2020 was named in a complaint for allegedly posting a picture of Snoop Dogg to its website and Instagram account without receiving the “permission or consent” of photographer and plaintiff Christopher Markisz.

And after putting her ultra-expensive “Dark Horse” infringement lawsuit in the rearview, Katy Perry in March of last year turned her attention to a separate copyright infringement action, filed against her this time by a Hollywood photo agency, which claimed that the singer-songwriter had posted one of its images (of Perry at a Halloween party) to her Instagram account without permission back in 2016.

Justin Bieber, Ariana Grande, Jessica Simpson, and others have faced similar cases in the past, and Kim Kardashian has gone as far as traveling with her own photography team to avoid the predicament.