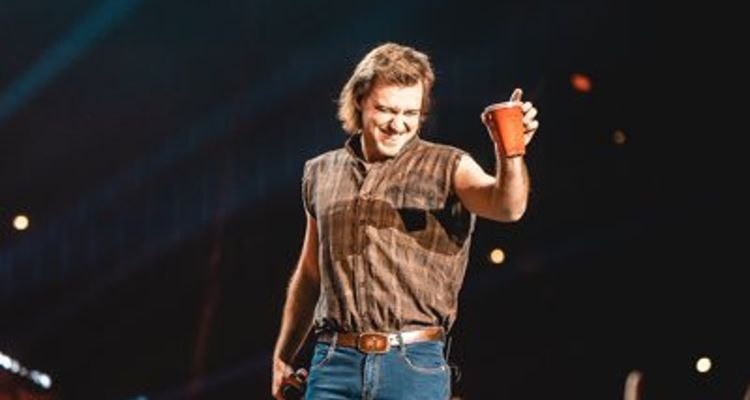 Morgan Wallen is returning to nationwide radio airplay with “Sand In My Boots.”

According to a new report, the song debuts on Country AirPlay at #56 with 699,000 audience impressions. That’s up 105% compared to the previous week ending on July 4. 10 of the chart’s 149 reporters played the song at least once during the tracked week.

Morgan Wallen faced a stiff ban from the country music scene in February after a viral incident. His run on Country Airplay stopped, despite reaching the number one spot on the chart for Dangerous.

Now “Sand In My Boots” is helping the country singer make a comeback. The song is not actively being promoted as a single, but that’s what’s happening. Wallen was quietly reinstated by the major US-based radio conglomerates back in June. His songs returned to iHeartRadio, Cumulus Media, Cox Radio, Audacy, and Alpha Media-owned radio stations.

Data from those early weeks reveals Wallen received a whopping 2,800% increase in radio plays compared to February. Many radio stations quietly reinstated Wallen after receiving heavy complaints from fans. In some cases, station managers report listeners threatened to shift their music-listening habits to streaming platforms, where Wallen was not banned.

Wallen is still well below his previous plays before the viral video. But the increase in plays for “Sand In My Boots” illustrates how the country artist may be making a comeback. He certainly hasn’t lost any support from fans – who bought billboard after billboard to remind the world they love him.

Wallen posted a performance of himself singing the song along with Eric Church, Hardy, and Darius Rucker. The video features an acoustic version of the song, with Wallen, Church, and Hardy playing as they sing. Upon posting the video, Wallen’s manager commented on Instagram: “next single?”

While the song itself isn’t being positioned as a single for marketing, it’s undoubtedly a quacking duck. Wallen has been teasing more intimate performances like this over the course of the last few months. He made a surprise appearance at Kid Rock’s Honky Tonk in Nashville back in May to give fans a small taste of his live performance.

Billboard reached out to program directors who are playing the song. None of them would issue a comment on the record, but one did say: “He made a mistake, and he’s apologized a number of times. He belongs back on the chart.”