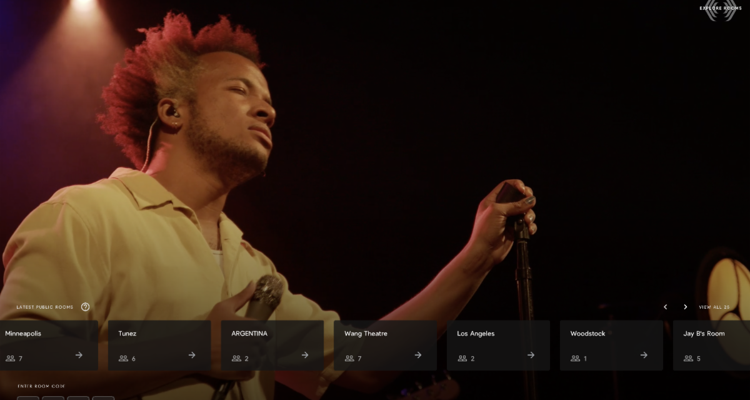 Flymachine says it wants to find a way to capture the magic of live concerts in a virtual setting. The startup thinks that consumer habits around video chat socialization are just getting started. It also helps that the live music industry found ways to diversify income streams with virtual concerts last year.

Flymachine managed to raise $21 million in investor funding to help build the platform.

The funding round was led by Greycroft Partners and SignalFire, with additional participation from Primary Venture Partners, Contour Venture Partners, Red Sea Ventures, and Silicon Valley Bank. But getting consumers to embrace a single live platform over others may prove a hard sell.

Much larger platforms experimented with livestreamed events during the pandemic. Spotify appears to be developing a ‘virtual events’ feature for its app, as pointed out by reverse app engineer Jane Manchun Wong. A setting for ‘Upcoming Virtual Events’ appears on artists’ pages in the test version of the app. So how is Flymachine planning to differentiate itself when everyone is focusing on live streaming?

Flymachine is focusing on making in-person events attractive to virtual viewers. It highlights virtual attendees who maybe couldn’t find a babysitter, or they’re just not into the mosh pit scene anymore. Flymachine says it believes there are enough potential virtual attendees to sustain the startup as it tries to blur the lines between “a night in and a night out.”

Flymachine’s strategy centers on building relationships with name-brand concert venues in the US. Bowery Ballroom in New York City, Bimbo’s 365 Club in San Francisco, The Crocodile in Seattle, Marathon Music Works in Nashville, and Teragram Ballroom in Los Angeles are just a few of the participating venues for now.

Flymachine creates private rooms where you and other friends livestreaming can interact. It doesn’t distract from the actual concert, but there is a volume mixer to adjust your friend’s audio if it starts to outpace the music. The platform launched earlier this year, but its founders aren’t too worried.

“We weren’t in a mad dash to get the product out the door while people were sequestered in their homes because we knew this would be part of the fabric of society going forward,” says Dreskin.