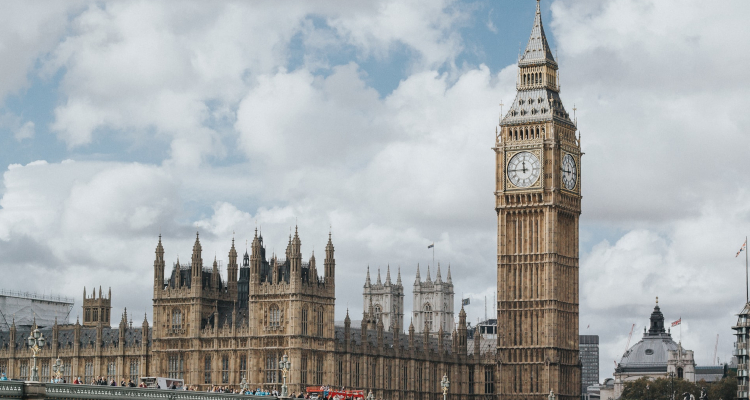 Back in October of 2020, the House of Commons’ Digital, Culture, Media and Sport Committee launched a comprehensive investigation into streaming’s impact upon artists “and the sustainability of the wider music industry.” Now, some nine months later, the British parliamentary committee has published its findings, calling for a “complete reset” of the music streaming space.

A number of artists and industry professionals appeared before the DCMS Committee as part of the inquiry, and certain creators’ comments concerning the paychecks that they receive from music streaming platforms made a considerable splash in the media. Consequently, committee chair Julian Knight in early December stated that some artists were hesitant to participate in the hearings “because they fear action may be taken against them.”

Jimmy Page, Paul McCartney, and many other prominent artists also commented publicly on the subject, voicing their support for larger streaming payments, and the DCMS Committee received “almost 300 pieces of written evidence” (nearly a third of which were “confidential”) over the course of its investigation.

As initially mentioned, the DCMS Committee in its more than 115-page-long report (including north of 650 citations, findings from Digital Music News among them) pushes for a “complete reset” of the streaming space, laying out all manner of concerns, firmly worded criticism, and legislative and regulatory recommendations.

Acknowledging at the outset the “continuous” decline in average revenue per user (ARPU) that music streaming services are experiencing, the all-encompassing document states that “streaming has undoubtedly helped save the music industry following two decades of digital piracy but it is clear that what has been saved does not work for everyone.” Moreover, “issues ostensibly created by streaming simply reflect more fundamental, structural problems within the recorded music industry.”

The latter line sets the tone for the bulk of the text, which largely focuses upon the business practices, financials, and operational specifics of the Big Three record labels as opposed to music streaming services like Spotify. On this front, acknowledging Sony Music Entertainment’s decision last month to waive unrecouped debts for legacy artists, the authors “urge Universal and Warner to look again at the issue of unrecouped balances with a view to enabling more of their legacy artists to receive payments when their music is streamed.”

Shifting away from “the issue of unfair contracts” and its particular significance given the “pitiful” and “relatively meagre returns from streaming,” the document discloses that “several musicians noted that a presence on streaming services is necessary to be discovered and ‘heard,’ meaning that withdrawing works from these services is not practical and could stymie future success.

“There are also concerns that the economics of streaming entrench historically successful artists and create barriers for new performers,” the DCMS Committee report proceeds. “Of the four UK acts who featured in Billboard’s top 10 worldwide music tours of 2019 only Ed Sheeran released a debut single in the last 50 years (with the other three being Elton John, the Rolling Stones and Sir Paul McCartney).”

Regarding streaming’s legal definition and classification, “it is clear from those who have given evidence to us that music streaming poses a definitional challenge. There is no consensus as to how streaming should be defined and classified under UK law.

“The major music companies and independent record labels have consistently asserted that music streaming is straightforwardly ‘making available,’ and therefore performers should be remunerated as though it was a sale,” the report continues. But “this classification does not consider the complexities of streaming that sets it apart from other modes of consumption.”

Next, “given that the benefits from streaming have disproportionately accrued to the record labels, it is unsurprising that many contributors to our inquiry have called for a right to equitable remuneration to be applied to streaming,” with “equitable remuneration” referring to “a non-waivable, non-transferrable statutory right to payment when certain copyright controls are exploited.”

Said statutory right to payment would not be “subject to recoupment,” and performers would be unable to agree to forego the compensation while negotiating their deals with (potentially intimidating) label higher-ups. As such, the authors “recommend that the Government addresses these inconsistencies and incongruities by exploring ways to provide performers with a right to equitable remuneration when music is consumed by digital means.”

One such way of addressing the perceived inconsistencies and incongruities is via legislation, and specifically “amending the Copyright, Design and Patents Act 1988 so that the making available right does not preclude the right to equitable remuneration.”

A section entitled “state of the market” then details the Big Three labels’ stakes in Spotify, with Warner Music having cashed out “completely” – while UMG’s interest now exceeds $1.5 billion. Similarly, the recent plays of WMG minority owner Tencent (which also possesses Tencent Music as well as a 20 percent stake in Universal Music) are highlighted, with the overarching point being the considerable influence held by sizable conglomerates in the contemporary music landscape – and this influence’s implications.

“Whilst the major music groups dominate music publishing, there is little incentive for their music publishing interests to redress the devaluation of the song relative to the recording,” the document indicates. “Record labels disproportionately benefit from streaming both because of how royalty pot revenues are distributed between the song and master rights and because the making available right means that record labels pay performers under the terms of their record deals.”

Building upon the point, government higher-ups should also “work with creators and the independent publishing sector to explore ways in which new and upcoming songwriters and composers can be supported to have sustainable careers and independent music publishers remain commercially viable,” as one “composer and artist, who has created music for some of the biggest films in the world, wrote confidentially that they make more money from a track being played on TV than out of millions of record streams.”

Keeping this information in mind, the authors state that the government should “urge” the Competition and Markets Authority (CMA) “to consider how the majors’ position in both recording and publishing has influenced the relative value of song and recording rights” and, more broadly, refer a case to the CMA “to undertake a full market study into the economic impact of the majors’ dominance.”

Also mentioned in the multifaceted report is the possibility of implementing a “right to recapture,” similar to the provision in stateside copyright law that enables creators to reclaim their rights after 35 years. (Predictably, companies are decidedly uninterested in giving up their claim to valuable IP, and multiple lawsuits involving prominent 80s musicians and film stars are ongoing.)

Likewise, the authors recommend that the government show “support for the Music Export Growth Scheme to allow British music companies to compete with the multinational majors” and take steps to curb the “systemic lack of transparency from both music companies and the streaming services that license their works.”

Lastly, government higher-ups “must oblige record labels to provide metadata for the underlying song when they license a recording to streaming services” and compel the “industry by any means necessary to establish a minimum viable data standard within the next two years to ensure that services provide data in a way that is usable and comparable across all services,” while simultaneously auditing current black-box royalties, according to the report.