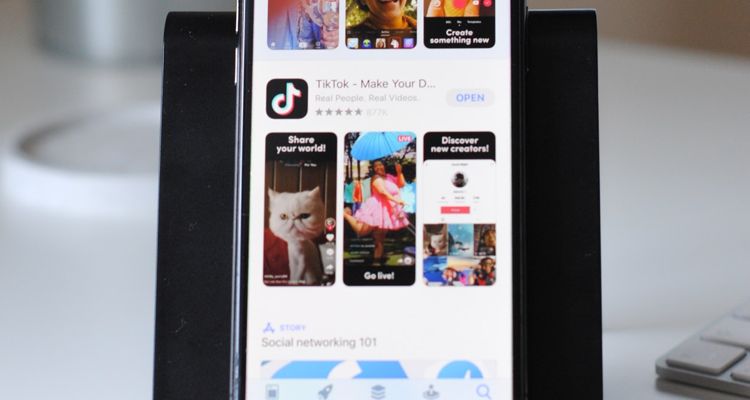 TikTok is arguably the most relevant to the music industry going forward, much to the chagrin of Facebook and Google. TikTok has become so relevant that YouTube is retooling its main product to offer a TikTok clone – YouTube Shorts. Facebook has done the same with Instagram, introducing Reels and quickly throwing in ads.

That’s because both Facebook and Google have seen how profitable TikTok has become. TikTok has amassed more than $2.5 billion in consumer spending worldwide since the app launched in 2016. There are only four other non-game apps on that level of consumer spending – Tinder, Netflix, YouTube, and Tencent Video.

TikTok downloads put the app at the top of the charts. It was also the highest-grossing app worldwide in the first half of 2021.

The app racked up over 383 million first-time installs and generated $919.2 million in consumer spending. Those impressive figures are despite the fact that TikTok installs dropped 38% year-over-year. TikTok’s massive growth spurt from the pandemic seems to be tapering down, while remaining impressive.

Music discovery is at the core of TikTok’s identity and contributes to its massive new downloads each quarter.

After all, it began life as the lip-syncing app Musical.ly. TikTok is more suited to helping musicians gain a global fanbase with their original compositions than any other social network. That’s because of the ‘Discover’ tab and how anything can go viral. Other social networks like Facebook and Twitter require you to build a following before viral hits are possible.

Music featured on TikTok has caused industry-wide trends to erupt in overnight explosions of newfound popularity. A man happily singing along to Fleetwood Mac’s “Dreams” brought the band overnight success and a legion of new fans. TikTok is the wild west when it comes to creators, and not all music people discover is tailored for them.

On TikTok, users discover songs they’ve never heard of. It is unlike other popular streaming platforms, where algorithms recommend what you prefer or already know. Major music platforms depend on collecting data as you interact with the app to hone in on your taste in music.