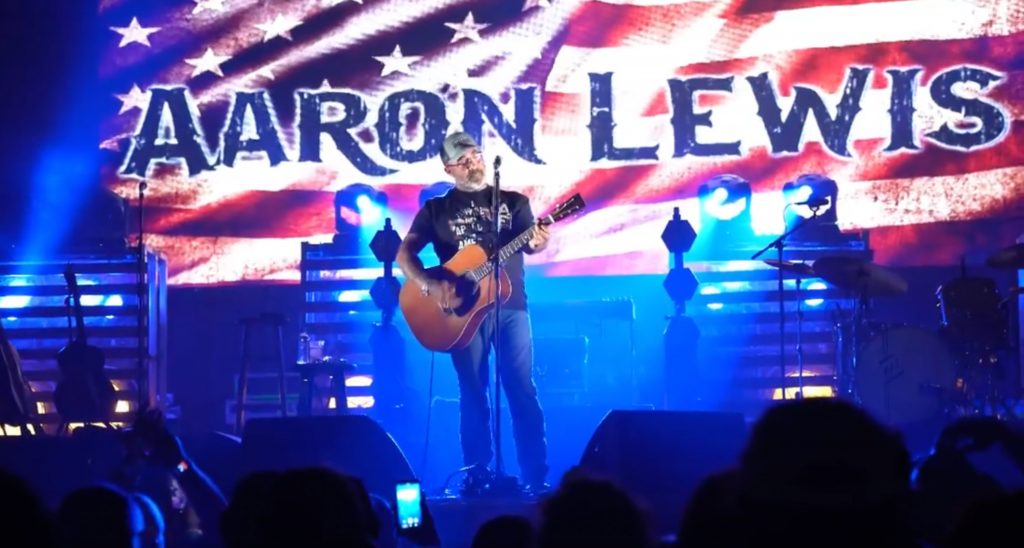 Aaron Lewis performing ‘Am I The Only One’ Live

As ‘Am I The Only One’ continues to rack up downloads and streams, music industry critic Bob Lefsetz has demanded that Aaron Lewis get dropped by Big Machine Label Group. Now, the CEO of Big Machine is responding.

‘Am I The Only One’ is one of the more controversial songs to emerge this year — and one of the most successful. Now, music industry critic Bob Lefsetz is demanding that Big Machine Label Group drop Aaron Lewis based on the content of the just-released song. Aaron Lewis is signed to Valory Music Co., an imprint owned by Big Machine.

“It’s HEINOUS!” Lefsetz wrote. “This middle class, right wing wanker has recorded a song that should have been played at CPAC, in between speeches by nitwits like Lauren Boebert saying to refuse the ‘Fauci ouchie.'”

“Come on Scott, get your head out of your rear end. How much money are you gonna make here anyway, and it is all about the money at this point, right?”

For those that haven’t listened to the song yet, ‘Am I The Only One’ is a conservative take on the current state of America, one that criticizes tearing down statues and the left-leaning Bruce Springsteen (among other things).  The track has just entered Billboard’s country chart at number one, and MRC Data has tracked more than 4 million streams of the track in the past week alone. And that’s before the track goes to country radio.

“To just ‘cancel’ (drop) Aaron is ridiculous and I’m disappointed that you would even suggest such a thing,” Borchetta responded late Friday. “Comparing Aaron Lewis to the Ghetto Boys? That’s a reach and a half. You don’t have to agree or acknowledge, but Aaron’s message is speaking to millions of people. Let it be a wake up call to Reps and Dems alike – be loud and be heard!”

Borchetta also defending Aaron Lewis on First Amendment grounds, while refusing to interfere with artist messaging. “Firstly, I believe in the First Amendment,” Borchetta relayed. “My job has never been to tell my artists what to sing and write about.  My job has always been about identifying unique talent with a unique voice and a unique point of view.”

“Aaron Lewis and I have political disagreements.  But there are also things we agree on.  I think that’s the foundation for the idea of our country.  It doesn’t work if we’re so divided that we can’t reach across the aisle, have a conversation or an argument, and ultimately, shake hands.  If we can’t do that, and this moment is so divisive, we may never get our country back.”