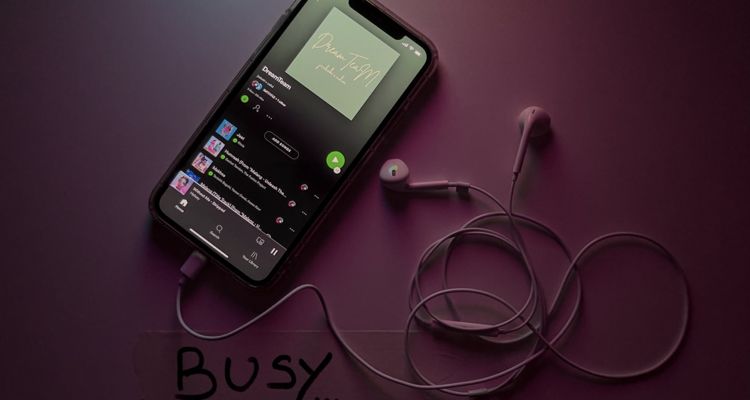 Spotify is suspending users who used a third-party tool to make copies of streamed music.

Spotify calls the copies ‘improperly downloaded’ tracks. That’s because Spotify Premium members can save music locally – but that music can only be played within the Spotify app. Music streaming copies created using the third-party tool could be playable in any app, essentially creating a one-to-one copy of the streaming song.

The software tool gave users the ability to stream and save content from Spotify, Amazon Music, Deezer, TIDAL, and SoundCloud. It captures the audio streams, trims them to their individual tracks, and then saves them to the local device as an .mp3 file. Now users of the software are reporting their Spotify accounts are receiving a ban.

Users began posting to the company’s official forum, as noted by TorrentFreak. An email from Spotify informs them they are suspending users accounts.

“Spotify has determined that your account was involved in an improper use of the Spotify service that violates the terms of service, including potentially improper downloads,” the email reads. Spotify can identify when and how its users access its audio content. As a result, they were able to determine when users were using the service based on its fast-ripping rates.

The third-party developers explain that the software makes Spotify play the music faster, so the recording process succeeds faster. But that data allows Spotify to see users with a listening time of 50 minutes compressed into five minutes. That’s an obvious flag that these users are streaming music to create improper copies.

Some users have reported they are able to get their account unbanned by contacting Spotify. Spotify defines the copying, redistributing, reproducing, ripping, recording, transferring, or broadcasting of the Spotify service as forbidden and against the terms of service. If Spotify can prove its users have done any of these things, it can suspend access to their account.

These third-party services argue that their technology does not circumvent DRM that protects the tracks, but that’s debatable. Songs downloaded by the Spotify app can only be played within the Spotify app – a form of DRM itself. Songs created by this software can be played anywhere, which bypasses Spotify’s DRM on local copies of music. While the service targets other music streaming services, Spotify is the only one to respond to users downloading streams of their music.