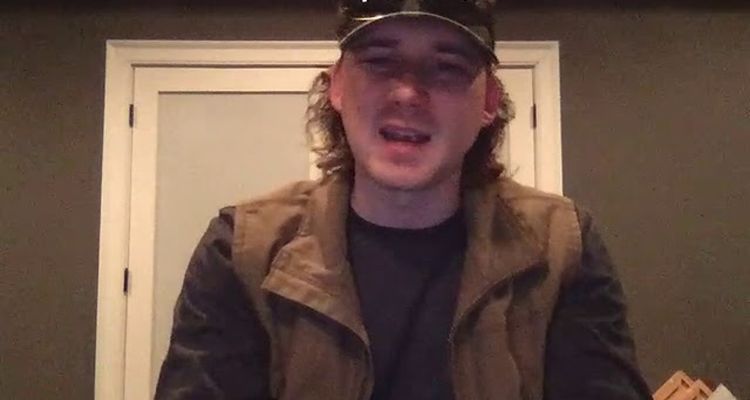 The country star spoke about the donation during his first public interview with ABC News’ Good Morning America. Wallen expressed remorse over his use of a racial slur following a night of heavy drinking.

“I had some of my long-time friends in town and we had been partying that weekend, and we figured we’d just go hard for the two or three days that they were there,” Wallen told Michael Strahan. “We say dumb stuff together. In our minds it was just playful. It sounds ignorant, but that’s really where it came from. It was wrong.”

Strahan asks Wallen if he understands the historical significance of the slur. Wallen admits he was “just ignorant about it. I don’t think I ever sat down and said this is right or this is wrong,” the singer says. After the viral video of the incident leaked, Wallen was dropped, and spins of his songs were banned in radio stations nationwide.

But sales of his Dangerous: The Double Album soared – it spent 24 weeks at the #1 spot. Wallen says he tried to calculate how much of a spike this generated to determine how much to donate.

“Me and my team noticed that when the incident happened there was a spike in my sales,” Wallen says. “We tried to calculate how much it actually spiked from this incident, and we got to a number around $500,000, and we decided to donate that money to some organizations, Black Music Action Coalition being one,” Wallen confirms.

Wallen says he checked into rehab in San Diego for 30 days. “Just to try and figure out why I’m acting this way, do I have an alcohol problem, do I have a bigger issue,” Wallen says. When asked if he believes country music has a race problem, Wallen seemed to agree.

“It would seem that way. I haven’t really sat and thought about that,” the singer admits. Wallen says he understands that he can’t make everyone happy, but he’s trying to tell his truth. “That’s all I know how to do,” he says. You can watch the full interview below.

Morgan Wallen has enjoyed fervent support from his fans during the radio ban. Several billboards across Nashville and Los Angeles expressed their support for the country star during award shows. Wallen has been re-instated by radio stations, though spins of his music have not reached pre-incident levels yet.