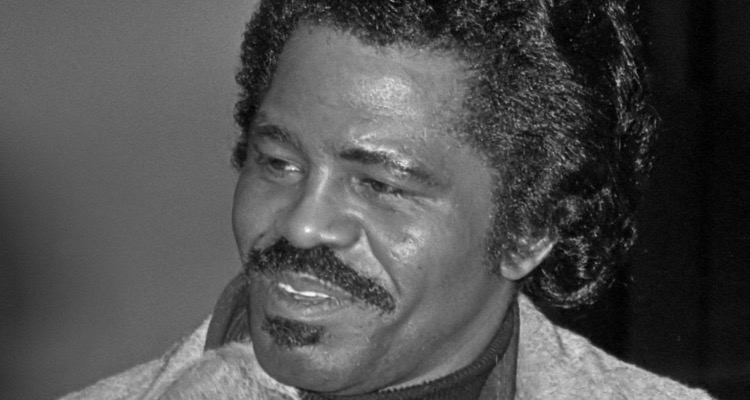 The roughly 15-year-long legal battle over the estate of soul mainstay James Brown has officially drawn to a close.

The involved parties just recently announced that they had settled the long-running courtroom confrontation, which initiated about one month following James Brown’s passing in late December of 2006. Barnwell, South Carolina-born Brown had finalized his will (covering jewelry, vehicles, and other material possessions, with music IP handled independently by a trust) in 2000.

However, controversy arose after the 73-year-old’s sudden passing because Tomi Rae Hynie, Brown’s purported fourth and last wife, wasn’t included in the will. Hynie had married Brown in 2001 (after the will was crafted, once again), and the two welcomed a child, James Joseph Brown Jr., that same year. (The previously noted trust was likewise completed before the marriage, and Hynie and her son were omitted once again.)

The situation took another turn when it came to light that Hynie was married to a Pakistan native named Javed Ahmed at the time of her union with Brown. Ahmed, Hynie said, had married her in 1997 only for citizenship purposes and was, unbeknownst to her, already married to several women in his home country. She ultimately annulled the marriage in 2004.

Upset about his partner’s failure to disclose this marriage, Brown in 2003 made clear his intention to separate from her. A physical confrontation set the stage for an annulment, which was complicated by uncertainty as to whether Brown (who was named in a royalty-focused lawsuit from two of his daughters in 2002, it’s worth noting) and Hynie were legally married in the first place.

But Hynie promptly made clear her desire to reconcile with the musician, and after she waived “any claim to a common-law marriage,” the two wound up living together until his passing. With the separation action shelved, the court didn’t immediately rule on the technical status of the marriage.

Nine of Brown’s children filed a lawsuit in January of 2007, seeking to remove multiple executors that the Rock and Roll Hall of Fame inductee Brown had appointed to oversee his affairs. Meanwhile, Hynie in a January of 2007 lawsuit of her own asked the court to identify her as Brown’s widow and to appoint a special administrator.

Though the parties reached a compromise in 2008 that would have divided the estate among Hynie and Brown’s children, the South Carolina Supreme Court later overturned the proposed agreement because of its perceived disregard for the wishes outlined in Brown’s will. Court hearings and legal documents have revealed that Brown left relatively little to his descendants and earmarked a substantial portion of his estate for charitable causes.

And to summarize the next 13 years’ rulings, a court in 2015 determined that Hynie was in fact the wife (and, in turn, widow) of the “It’s A Man’s Man’s Man’s World” artist – though the South Carolina Supreme Court found in June of 2020 that Hynie, because she failed to annul the marriage to Ahmed before attempting to marry Brown, was not the latter’s wife and did not have a claim to his estate.

Bearing this marathon legal showdown in mind, the parties (and their promotion-minded counsel, of course) opted to announce their settlement this month via a formal release.

While said release doesn’t disclose the specifics of the “global settlement” that concluded the convoluted dispute, it does disclose that the deal arrived after “a two-month mediation.” The aforementioned Supreme Court ruling on Hynie’s spousal status seems to preclude her from receiving a windfall as part of the deal, but her and Brown’s son, James, could potentially be included in the distribution of compensation.

On this front, notwithstanding the late artist’s clear-cut will, the 35-year anniversary of albums including Gravity (featuring “Living in America”) is fast approaching.