How I Landed a Juicy Sync Deal With SZA and TAZO 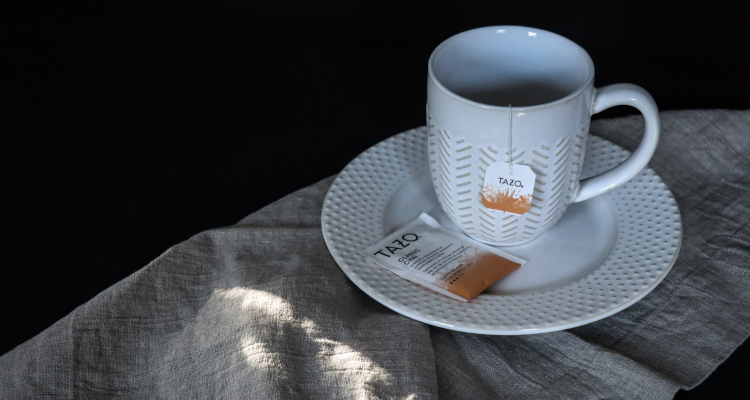 Composer Eric Dubois recently landed a sync deal for a TAZO Tea Company commercial (featuring singer-songwriter SZA) after company higher-ups found his work on music licensing and distribution platform Songtradr. Now, Dubois has shed light on the process and his advice for fellow creators who are looking to secure placements of their own.

Digital Music News sat down with the Paris-born composer and producer to discuss the high-profile placement – which Dubois learned of from a friend, in a testament to the quick-moving nature of sync deals in the contemporary music landscape.

“I didn’t hear anything back from them until a friend of mine saw the Instagram video and sent it to me,” the Ewa Beach, Hawaii, resident Dubois told DMN. “So I didn’t even know that it came out, and the check came in maybe a few months later.”

Needless to say, the one-stop sync licenses delivered by full-service platforms like Songtradr make it easier for prominent clients (many well-known companies among them) to find and use music that fits their professional vision. On the creator side as well as the client side, there’s less negotiation, less uncertainty, and decidedly fewer licensing-related headaches.

And by making an extensive library of easy-to-license music available to potentially interested parties, creators are setting the stage for sync success – even if it’s difficult to predict when exactly major opportunities like the TAZO spot will come to fruition. To be sure, Dubois created and uploaded the track to Songtradr a full three years before the placement came about.

Dubois also acknowledged that the deal didn’t usher in a material uptick in sync agreements, but emphasized the importance of remaining consistent amid the inherent ebb and flow of crafting music for media.

“So far, nothing – which is normal, because I’ve had those ups and downs so many times throughout my career,” Dubois said of the post-placement plateau. “I didn’t get anything specific afterwards, it’s just time to move on and think of the other projects. This is kind of how I work, I just make songs and put them up on Songtradr.

“TV and sync placements and licensing – it’s a very different business than placements with artists, for example. Songtradr has a good way of making it easy for us. As long as we upload it correctly – and as long as we put in all the metadata, all the keywords, all the hashtags, everything that needs to be said so that your song can be discovered on the platform – that’s the most important part.

“Then, it’s just keep uploading and keep being consistent making music. Because it’s a numbers game; the more songs you get out there, the more chances you have to get placed,” he concluded.

Moreover, Dubois stressed that the benefits of the TAZO placement extend well beyond the monetary compensation he received, underscoring the role that the corresponding advert will play in the long term as he looks to license his music in other visual media.

“That placement is definitely going in my portfolio, and it’s going to help me out when I’m pitching to other sync agents or other companies,” he told DMN. “It gave me the confidence and just gave me the energy to keep going – the idea that I’m on the right track, I’m doing well. I’m not overthinking, it’s time to do what I want to do. And then someone out there is gonna like it. There’s not too much thinking involved.

“But I try never to base it on that, otherwise that breaks the creative flow. If the vibe is good, then that’s perfect. That placement just confirmed that I’m doing the right things,” explained the EDP-Beats founder.

Building upon the point, Dubois pointed to the skill-related perks of regularly releasing music and reiterated the far-reaching advantages of patience.

“It’s been five years I’ve been doing it [creating music] full time. And now things are starting to roll up, and I’m starting to get a lot more calls,” he said. “Be consistent and be patient. Because it takes time, but if you show your face, if you show up every day, you know, the more songs you get out there, the more chances you have.

“I’m on maybe 10 different websites that are like Songtradr. So far, Songtradr has been the one that’s been getting me the most placements. So I’m sticking to them and I’m putting more energy into them. But there’s no really – it’s patience. There’s really no trick or anything like that.”

Dubois – who also offers artist-development and mixing and mastering services – likewise disclosed that he optimizes the discoverability of his work by describing tracks with adjectives that music supervisors search for when selecting songs, as opposed to the keywords that musicians typically utilize.

“They want a lot of emotions, they’re looking for a feeling, they’re looking for a vibe. So those are the type of keywords you want to put in instead of just ‘acoustic guitar’ or things like that. You’ve got to be really descriptive – and very specific. Don’t just say it’s a hip-hop song when you know that there’s trap and that there are so many different styles of hip-hop,” he indicated.

Lastly, the producer and composer made clear that he dedicates a substantial portion of his time to the business side of the industry – and specified that doing so is an integral ingredient in the recipe for professional success.

“You really need to have both caps on. You have to do the business and the creative side. I make music – maybe 20 percent of my time is having fun playing guitars, recording songs. And then 80 percent of the time it’s sending out emails, and writing in the keywords, and uploading the songs here. There’s a lot of business going on, and you have to be ready for it. You have to love the game.”