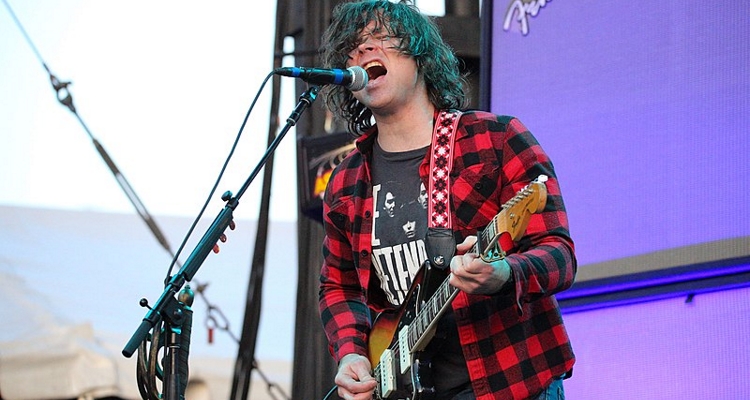 Back in February of 2019, seven women publicly accused singer-songwriter Ryan Adams of sexual misconduct and/or “manipulative behavior” – resulting in major career setbacks for the Jacksonville, North Carolina, native. Now, Adams is struggling financially and asking labels to take another chance on him.

The New York Times reported on the sexual-misconduct and psychological-abuse claims – one of which came from Ryan Adams’ ex-wife, singer-songwriter Mandy Moore – in February of 2019. The former Whiskeytown frontman Adams, the piece indicated, had “dangled career opportunities while simultaneously pursuing female artists for sex,” besides “subjecting women to emotional and verbal abuse, and harassment in texts and on social media.”

Perhaps the most serious of the sexual-misconduct allegations against Adams concerned his exchange of “3,217 text messages…over a nine-month period” with a female named “Ava,” who was 15 and 16 years old at the time of the correspondence and had first communicated with the artist on Twitter. The two never met in person, and some of the messages appeared to involve explicit topics. However, the alleged victim “sometimes” stated that “she was older than she was,” according to The New York Times, and Adams’ attorney relayed that “if, in fact, this woman was underage, Mr. Adams was unaware.”

Adams also developed a “whirlwind romance” with a 20-year-old musician, the report relayed, promising (and ultimately withdrawing) “professional opportunities” and allegedly subjecting the individual to “obsessive and emotionally abusive” behavior. The latter allegedly encompassed “barraging her with texts, insisting that she prove her whereabouts…and threatening suicide if she didn’t reply immediately,” in addition to compelling her to exit “social situations to have phone sex.”

The “Nuclear” creator promptly responded to the report on social media, before providing a more elaborate apology in July of 2020. “I am not a perfect man and I have made many mistakes. To anyone I have ever hurt, however unintentionally, I apologize deeply and unreservedly,” he wrote in the February of 2019 tweets.

“But the picture that this article paints is upsettingly inaccurate. Some of its details are misrepresented; some are exaggerated; some are outright false. I would never have inappropriate interactions with someone I thought was underage. Period,” he continued.

Regarding the fallout that arrived in the wake of the report, some fans demanded refunds for their tickets to upcoming Ryan Adams gigs, while Universal Music Group pulled his latest album and radio stations dropped his music. He ultimately released his 17th album, Wednesdays – which had been slated to come out in 2019 – via his PAX AM label in 2020, whereas Big Colors dropped in June of 2021.

Adams has acknowledged in social-media posts as of late that he’s “broke,” has “no record deal,” and “would love to make albums” or simply “own a home.” Moreover, he just recently penned a longer and increasingly desperate message, which has been deleted from Instagram.

Admitting that he’s “months from losing my label, studio, and my home,” the eight-time Grammy nominee expressed his desire to obtain “a second chance to make some music” in the troubling post.

“I’m 46 and scared I’m gonna be living in my sister’s basement,” he proceeded. “If you are a label and interested, please let me know. Sent with love and humility. I already got dropped by [Universal Music Group’s] Capitol twice.”

Though the chances of Adams’ inking another major label deal are unclear, several supporters have left encouraging comments, calling on him to harness the earning potential of his (ultra-dedicated) remaining followers by embarking on a solo tour and/or creating a Patreon account. Moreover, while the creator previously indicated that he was “not sure why” he doesn’t have a merch store, he’s since rolled out a comprehensive webstore, his social media profiles show.