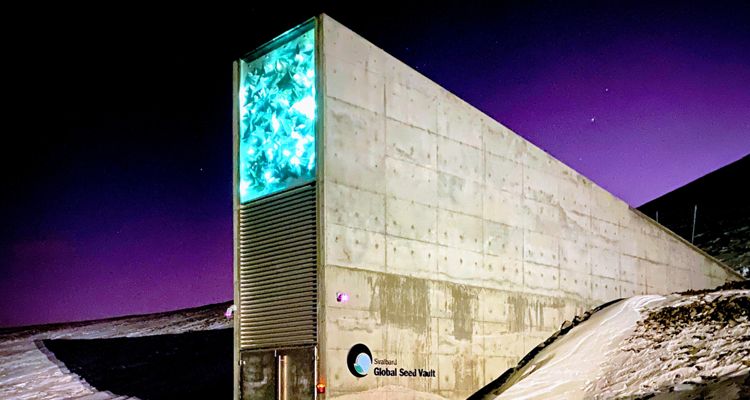 A new project hopes to preserve music in a doomsday vault for future generations.

The vault is under construction near the North Pole, according to an initial report from Billboard. The vault is designed to store significant recordings from classic Beatles hits to Australian indigenous tunes.

A company called Elire’s Global Music Vault says the project will ‘future-proof digital storage’ to house music recordings. It has opened talks with numerous firms to build the vault, including the Norwegian firm in charge of the Artic World Archive.

“We want to preserve the music that has shaped us as human beings and shaped our nations,” says Global Music Vault Managing Director Luke Jenkinson – who is a managing partner at Elire. Initial deposits for the upcoming music doomsday vault are slated for Spring 2022.

But Elire could face problems after moving on to pop recordings, which require lengthy rights negotiations. Vault organizers hope that rights holders will see the value in storing their master recordings “in the best possible way.”

“This is about safeguarding the future of music in having these archives of the past,” says Swedish composer Alfons Karabuda, who also serves as the president of the International Music Council. “It’s not just putting something in a drawer somewhere and keeping it for thousands of years.” Elire says it is also open to holding public votes on what should be preserved in the vault.

“We don’t want to just project a certain genre and a certain era,” says Jenkinson. “We want the nations and regions of the world to curate what music gets deposit. Elire says it aims to make money by charging individuals and corporations for depositing master recordings into the vault.

“It also aims to enable access to the vault’s contents for worldwide listeners, once it acquires permissions from rights holders,” the initial report says. But Elire says it doesn’t want to be another record label or streaming service. “We do want this music to be accessible and celebrated and give back to the communities that actually own it,” Jenkinson confirms.

Making music accessible and satisfying rights holders is something that seems impossible. The archive is likely to be buried in a vault beneath the permafrost to withstand nuclear and electromagnetic blasts. Even with the power cut off, these doomsday vaults are designed to function to preserve their contents.