Spotify CEO Says Joe Rogan Won’t Be Getting Censored Anymore: “We Have a Lot of Really Well-Paid Rappers on Spotify, Too — We Don’t Dictate What They’re Putting In Their Songs, Either” 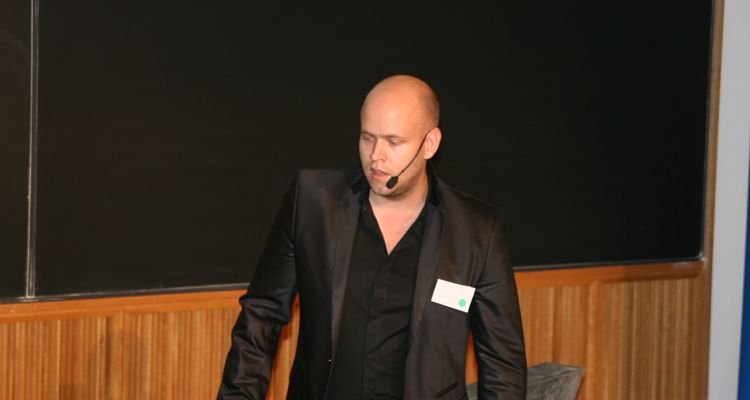 Is Joe Rogan censored? Not anymore. Spotify CEO Daniel Ek revealed that his company is no longer interfering with its most important podcaster.

The CEO recently discussed how podcasting has changed the music streaming company in a podcast interview with Axios. At one point, Axios asked Ek if he thought the company should have any editorial responsibility for podcasts like ‘The Joe Rogan Experience.’

Spotify has deleted a number of Rogan podcasts it deemed objectionable.  But Ek responded that the company isn’t planning to scrub further episodes — just like it doesn’t police rappers or other musical content. “We have a lot of really well-paid rappers on Spotify too, that make tens of millions of dollars, if not more, each year from Spotify. And we don’t dictate what they’re putting in their songs, either,” Ek relayed.

Joe Rogan signed a reported $100 million deal with the streaming service in May of 2020. Before the end of the year, the Joe Rogan podcast was a Spotify exclusive. But as Digital Music News has chronicled, Spotify removed 42 episodes of pre-deal content from the podcast for reasons that weren’t specified.

Many of the targets for removal featured controversial personalities with some fringe views. That included Bulletproof Coffee founder Dave Asprey, who was a frequent guest on the Joe Rogan Experience. Spotify removed three episodes with him.

After sexual assault allegations arose around comedian Chris D’Elia, four episodes featuring him were removed. Other highly controversial guests like Alex Jones and Milo Yiannopoulos have also had their episodes removed from Spotify’s catalog.

Is Joe Rogan censored? Rogan himself confirmed the removal of some episodes was a condition of the $100 million deal. “There were a few episodes they didn’t want on their platform, and I was like, “Okay, I don’t care,'” Rogan shared in a recent podcast discussion.

Spotify employees were at the heart of some of the content policing of Rogan’s podcast. They expressed concerns about material they felt was anti-transgender or spreading misinformation about the coronavirus vaccine. But Spotify’s most recent earnings report revealed that Rogan’s podcast performed “above expectations,” a result that may have encouraged Ek and Spotify to stop removing episodes or blocking guests.

Finally, speaking about concerns that podcasts would overtake the focus of music, Ek laughed it off. He says he doesn’t believe that Spotify’s podcast audience will ever overtake music listeners since music still dominates the traditional radio format. He also says he doesn’t believe podcasters will be paid per-stream royalties, but that there will be new monetization opportunities in the space.