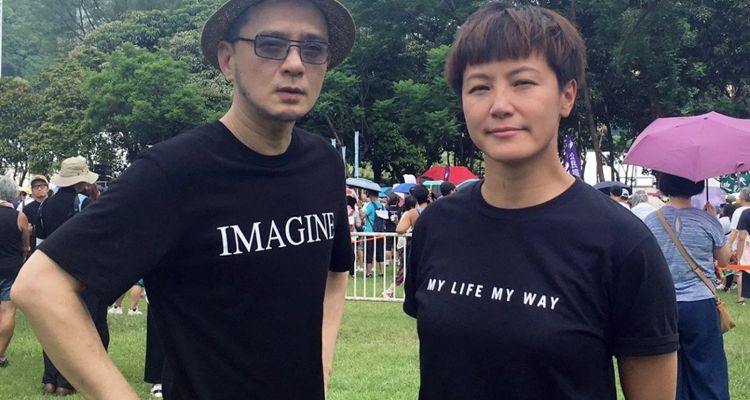 In 2018, the cantopop singer Anthony Wong Yiu-ming sang two songs at an election rally. The rally was held in favor of the pro-democracy candidate for Hong Kong’s legislature. Yesterday, Hong Kong’s Independent Commission Against Corruption arrested the singer. He is charged with violating campaign laws over his performance.

Mr. Wong was charged with violating a provision of the law banning the solicitation of votes using food, drink, or entertainment. If convicted of the charges, the pop singer faces up to seven years in prison. Wong’s arrest comes as officials in Hong Kong are cracking down on everything from protest slogans, to children’s books, and newspaper articles.

Anthony Wong is sometimes called the Cantonese David Bowie. He is a vocalist with the electronic band Tat Ming Pair – which incorporates stagecraft into its sets. The band tackles social and political issues in its songs, much like Rage Against the Machine.

The group’s two biggest hits were albums criticizing the Chinese government’s response to the 1989 Tiananmen Square protests. Those songs, “Forgot He or She” and “Love in the Time of Pandemic” are about being gay and facing prejudice from family and friends.

Anthony Wong is one of a few celebrities in Hong Kong who have spoken out against the government. He says his pro-democracy position has cost him income and partnerships, but he’s not worried about the consequences.

“I’ve been singing for 30 years, and I can afford to pay this price,” Wong told The New York Times in 2019. “A lot of people would then become too scared to speak up or express themselves. This is the most chilling part of it. I am a civilian first, then a musician, and also a social activist.”

The anti-corruption body in Hong Kong is backed by Beijing. It has been cracking down on pro-democracy supporters in the city. Several protesters in the 2018 riots have been arrested and sentenced to up to nine years in prison – some for terrorism and others for inciting secession.

Most of Hong Kong’s pro-democracy politicians have been arrested or moved elsewhere. The mass anti-government protests that filled the streets in 2019 have been effectively silenced. The politician for which Mr. Wong sang is serving a 10-month prison term under a Chinese securities law.