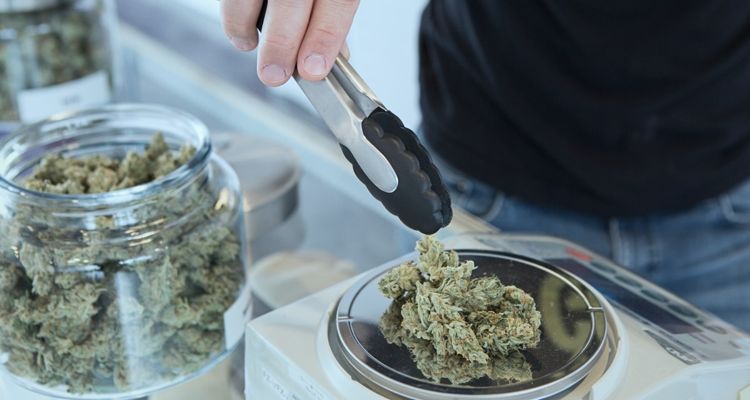 Lollapalooza helped drive marijuana sales to a new high in Illinois this past weekend.

Recreational marijuana dispensaries sold a record $127.8 million of product in July. That’s a record-setting number thanks to the hundreds of out-of-state fans that traveled to Chicago for the giant four-day music festival.

Monthly sales of recreational marijuana in Illinois was 10% higher than May’s record, which was slightly higher than June. Lollapalooza was cancelled last year due to the coronavirus pandemic. This is the first year in the festival’s 30 year history that marijuana is legal in Illinois.

Dispensary owners in Illinois are confirming that Lollapalooza weekend was their biggest in sales.

“We saw thousands of festival-goers over the weekend at our River North store,” confirms Jason Erkes, a spokesperson for Cresco Labs, owner of the Sunnyside Dispensary. Despite marijuana being legal in the state, it is still illegal to smoke or consume the drug in public, or around anyone under 21.

According to the Illinois Department of Financial and Professional regulation – out of state visitors are responsible for the huge boost. Illinois state residents spent around $85 million, while out-of-state visitors spent $42 million – a 16% increase from June.

Illinois is just one of 18 states in the United States to have legalized cannabis. The plant is still illegal under federal law. Illinois has generated $753 million in recreational marijuana sales through July. That’s more than all of last year combined. Total sales last year were only $1.03 billion, with Illinois set to surpass that number within a few months.

It’s also worth keeping in mind that these figures don’t include medical sales. Medical and recreational marijuana sales data are kept separate. So combined sales of marijuana products among both recreational and medicinal users will bump that number up even higher.

The estimated state tax revenue for legal states has risen each year since cannabis was made legal. Colorado, the state with the longest legal recreational marijuana on the books – highlights this trend expertly.

All of that tax revenue is also revenue going to small business owners in festival cities. Legal marijuana is great for the live music industry in states where it has been approved.

It also helps that music icons like Willie Nelson, Snoop Dogg, and the Blues Brothers are embracing cannabis for sale at dispensaries in festival cities.