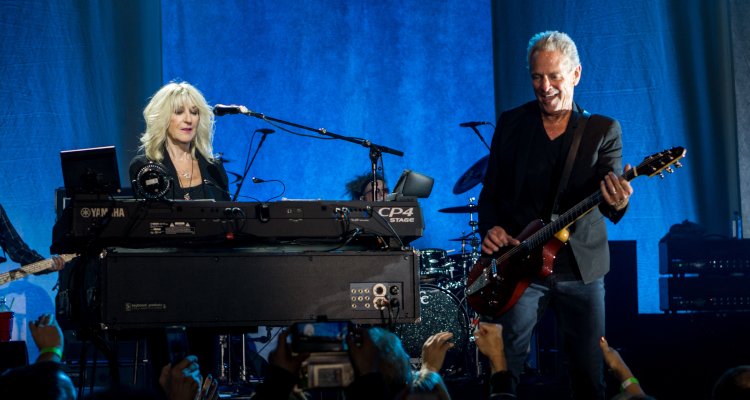 Hipgnosis just recently unveiled the high-profile deal, which represents the latest in a decidedly long line of multimillion-dollar plays for the entity. To be sure, the Merck Mercuriadis-founded business dropped north of $1 billion on music IP in the 2021 fiscal year (covering the 12 months ending on March 31st), including all or part of catalogs from Beats by Dre co-founder Jimmy Iovine, Shakira, L.A. Reid, and Chrissie Hynde, to name just some.

Though the financial specifics of Hipgnosis’s Christine McVie agreement haven’t been publicly revealed – the same is also true of the three-year-old company’s other IP investments – higher-ups previously stated that they pay an average acquisition multiple of 15 times catalogs’ market valuations. Some industry estimates have placed said multiple at over 20 times for marquee catalogs.

In any event, the transaction encompasses all the tracks that the 78-year-old McVie has penned across her more than five-decade-long career, including Fleetwood Mac hits such as 1975’s “Over My Head” as well as 1977’s “Don’t Stop” and “You Make Loving Fun.” Additionally, the Bouth-born musician has released three solo albums to date, the newest of which, In the Meantime, became available to fans in 2004.

Addressing the acquisition of Christine McVie’s catalog in a statement, Merck Mercuriadis said in part: “In the last 46 years the band have had three distinct writers and vocalists but Christine’s importance is amply demonstrated by the fact that eight of the 16 songs on the band’s Greatest Hits albums are from Christine.

“It’s wonderful for us to welcome Christine to the Hipgnosis Family and particularly wonderful to reunite her once again at Hipgnosis with Lindsey Buckingham. Between Christine and Lindsey we now have 48 of 68 songs on the band’s most successful albums,” finished the former Elton John and Nile Rodgers manager.

Lastly, Mick Fleetwood kicked off 2021 by cashing out of his over 300-track recorded catalog in a deal with BMG. Despite these and other massive music-IP investments, however, entities including Concord, Reservoir, Irving Azoff’s Iconic Artists Group, Round Hill Music, and others yet have continued to make sizable purchases through this year’s initial eight months.