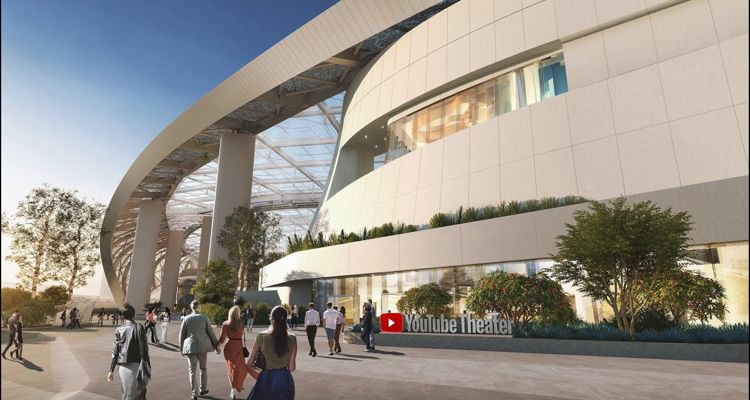 The initial spate of opening events for YouTube Theater spans September, October, and November. The events will culminate in a grand opening later this winter when YouTube Theater and Live Nation announce the theater’s first artist residency.

“YouTube Theater is in the heart of the entertainment capital of the world and inspired by creativity and technology,” says developer E. Stanely Kroenke. “We are proud to partner with YouTube at this unique venue. YouTube Theater’s opening series of special and diverse concerts and events is not only for the Inglewood and Los Angeles communities it calls home, but also representative of them.”

The 227,000 square-foot venue is three-stories and places a major emphasis on live experiences. The farthest seat in the house is only 164 feet from the 6,100 square-foot stage. The idea is to create an intimate environment for fans and artists, while also allowing them to be streamed.

The YouTube Theater is part of the Hollywood Park, a 300-acre sports and entertainment destination. It’s the largest urban mixed-use venue in the Western US. It’s also home to SoFi Stadium, the new venue for the Los Angeles Rams and Chargers.