Facebook Reels Coming to the US In Battle with TikTok 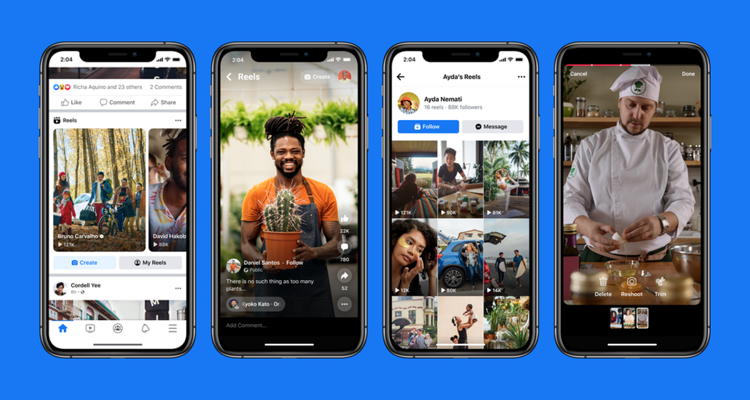 Facebook Reels are coming to the United States as the company heats up its battle against TikTok.

Facebook is also testing a new feature to allow Instagram creators the ability to share their content on the site. If creators opt-in, their videos will appear in the Reels section in the Facebook News Feed. The company’s focus on short-form video highlights just how badly it wants to capture the success TikTok has.

How to Start Creating Facebook Reels in the US

You can start creating Reels by tapping the ‘Create’ button in the Reels section. Users have access to a standard set of creation tools, including video capture, music selection, camera roll import, timed text, and more. For audio, you can choose a song from Facebook’s music library, record your own original audio, or use someone else’s Reels audio.

Facebook says most of Instagram short-form video features will be available on its platform at launch. However, the Remix feature will be added over time. Remix works just like the TikTok Duets feature, where users can do side-by-side videos. Reels can be shared with a specific audience, just like all content on Facebook.

Videos created and shared within Facebook Groups can only be shared with members of that community. Users can also tap into ‘My Reels’ to view their past creations. Reels will be recommended to users based on what they are interested in and what’s broadly popular in their area.

CEO Mark Zuckerberg says Reels is the “largest contributor to engagement growth on Instagram,” so it’s no surprise that Reels is coming to Facebook.

“We’re very focused on making it easy for anyone to create a video, and then for those videos to be viewed across all of our different services, starting with Facebook and Instagram first,” Zuckerberg recently told investors. Video creators who do not want to have their content available on Facebook will have to opt out.

Instagram Reels have already been monetized with ads, but Facebook is holding off on that for its Reels feed yet. “We plan to roll out ads in the future,” a Facebook spokesperson confirms after the initial test period is over.