Spotify Inks Exclusive Podcast Deal With WWE for The Ringer 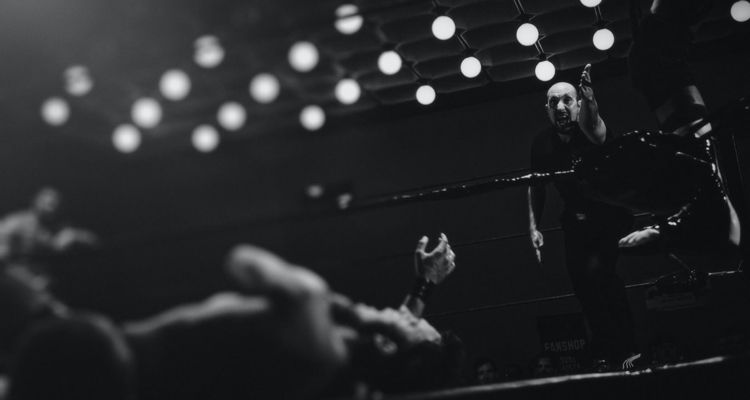 Spotify and the WWE have inked an exclusive multi-year partnership for WWE podcast content.

The Ringer and WWE will collaborate to create original audio content exclusively for the Spotify platform. Existing WWE audio programming will become exclusively available on Spotify as part of the deal. The Ringer will also be expanding its existing wrestling coverage with new WWE podcast content.

The current feed for The Masked Man Show hosted by David Shoemaker and Kaz will also rebrand. The show will continue under the name The Ringer Wrestling Show and will feature new content from WWE personalities. The Ringer and WWE will also collaborate on new original podcast series, with hosts utilizing Spotify Greenroom after every major WWE pay-per-view event.

The Ringer will be on-site in Las Vegas leading up to the SummerSlam 2021 event, taking place on August 21. New episodes of The Ringer Wrestling Show and Spotify Greenroom live conversations will be on-hand to help fans feel like they’re ring-side.

“The Ringer is the premier destination for sports fandom, and WWE has used amazing storytelling and iconic characters to establish a global audience of loyal and passionate fans, making this partnership a perfect match,” says Bill Simmons, Founder of The Ringer.

“As a lifelong WWE fan, I couldn’t be more excited to work with them to take a fresh perspective on their most iconic moments and superstars and leverage Spotify’s global scale to share content that we believe everyone will enjoy.”

Spotify acquired The Ringer podcast network in 2020. The network was first founded by Bill Simmons in 2016, building up a massive audience of sports fans. Spotify has more than 365 million MAUs, with 165 million Spotify Premium subscribers.

WWE has a substantial fan base across the world, with more than one billion social media followers. The wrestling network returned to live event touring in July.

The Las Vegas SummerSlam event will take place at the Allegiant Stadium – the first time the annual event has been held at an NFL stadium. The event will stream live at 8 pm ET/5 pm PT on the Peacock streaming service in the United States and on WWE Network everywhere else in the world.

The WWE podcast deal with Spotify will help cement it as the home for wrestling fans hungry for more content outside the ring. WWE programming is broadcast to more than 900 million homes worldwide in more than 28 languages – so the fanbase is massive.