Don Everly of the Everly Brothers Has Passed Away – Aged 84 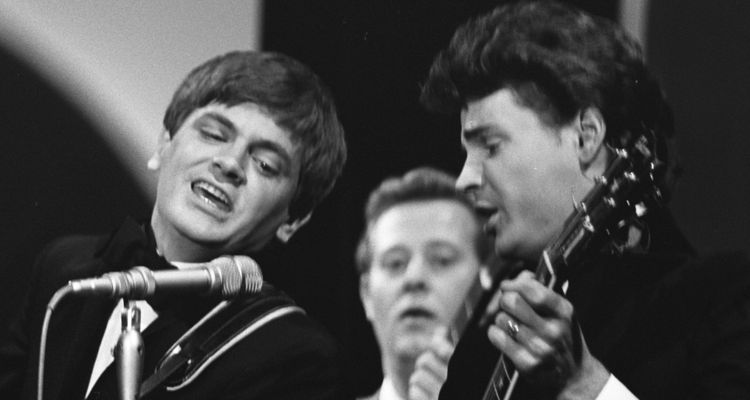 Don Everly, last surviving member of the Everly Brothers, has passed away – aged 84.

The Everly Brothers were one of the pioneers of the rock ‘n’ roll genre, inspiring future acts like The Beatles and Simon and Garfunkel. Don Everly passed away at his Nashville home on Saturday. A spokesperson confirmed the death to The Los Angeles Times, but did not disclose a cause.

“Don lived by what he felt in his heart. Don expressed his appreciation for the ability to live his dreams with his soulmate and wife, Adela, and sharing the music that made him an Everly Brother,” a statement from the family reads.

Don and his younger brother Phil were the first group to be inaugurated into the Rock & Roll Hall of Fame in 1986. They were inducted alongside Elvis Presley, Chuck Berry, Little Richard, Buddy Holly, and Jerry Lee Lewis. From 1957 to 1962, the Everly Brothers dominated the charts with 15 top 10 hits in a five-year span. “Bye Bye Love” launched the duo to fame.

Isaac Donald Everly was born February 1, 1937, at a coal miner’s camp in Brownie, Kentucky. When coal mining dried up, the family moved to Chicago, where Phil was born.

Soon the family moved to Shenandoah, Iowa, where Ike Everly had a radio show in the mid-1940s. Don sang the theme for the show, “Free as a Little Bird as I Can Be.” When Phil was old enough, he was brought in, and the Everly Brothers were born.

In 1955, the family moved the Nashville where the boys auditioned as a brother act. They signed with Cadence and were given “Bye Bye Love,” written by Felice and Boudleaux Bryant. The hit topped the country chart, hit #2 on the pop charts, and #5 on the rhythm and blues chart.

“Wake Up Little Susie” soon followed in 1957 to top the charts. “All I Have to Do Is Dream” followed as a chart-topper in 1958. Soon, the chart-topping hits followed.

In 1959, Don married Sue Ingraham, his first of four wives, and the duo moved from Nashville to Los Angeles. Life on the road hit the Everly Brothers hard, and in 1972 the group imploded famously at a show in Knott’s Berry Farm. “I’m tired of being an Everly Brother,” Don told his younger brother, Phil.