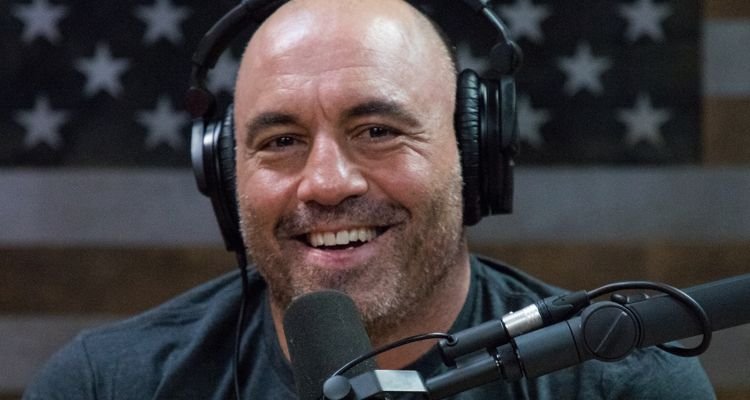 On September 1st, The Joe Rogan Experience went exclusive with Spotify. On December 1st, 2020, new episodes were no longer uploaded to YouTube – going Spotify exclusive only. But that exclusivity may be impacting Joe Rogan’s influence in the podcasting sphere more than it has helped boost Spotify’s bottom line.

Spotify paid $100 million for the exclusivity agreement, hoping his massive built-in audience would migrate with him. But that doesn’t appear to be the case. Spotify refuses to give actual numbers for its podcaster stats, so we have no idea how many people listen to Joe Rogan each week.

Digital Music News analyzed search queries for Joe Rogan before and after the deal. Our data found that post-Spotify exclusivity deal, search enthusiasm for Joe Rogan dropped drastically. The Verge took that one step further by analyzing the followers his guests receive after their appearance on The Joe Rogan Experience.

Using analytics tool Social Blade, The Verge took a look at the Twitter following of every Joe Rogan guest who appeared between December 2019 and July 2021. Special guests usually receive a spike in followers after their appearance – but that spike slowed drastically after the show went Spotify exclusive. 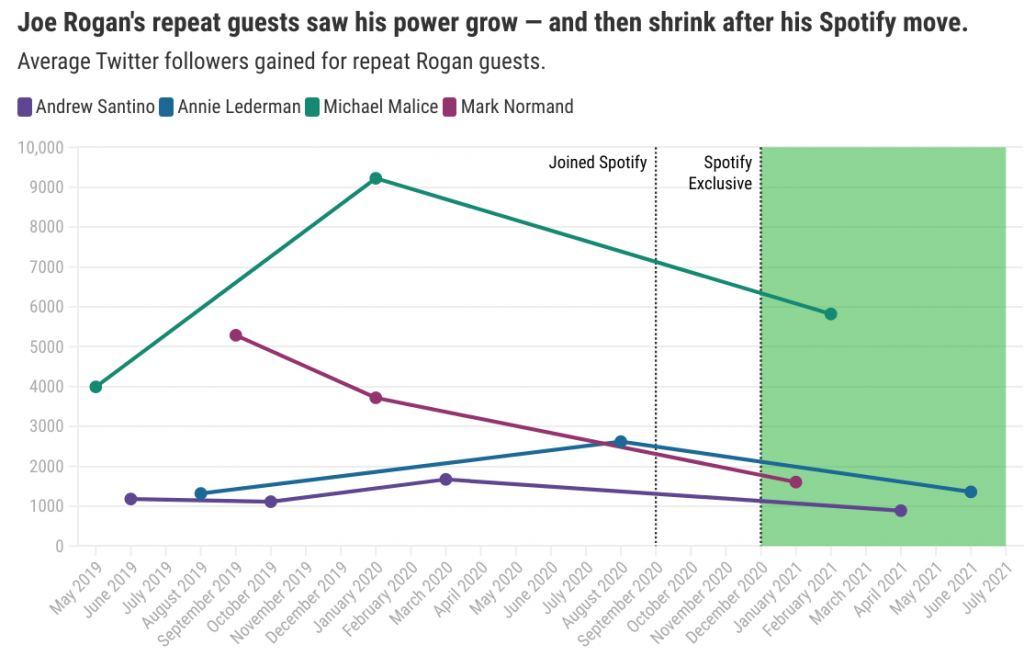 “We found that prior to going exclusive, from December 2019 to November 2020, Rogan’s guests could expect to gain around 4,000 Twitter followers in the week after their episode premiered,” the report reads. “After he went exclusive, that number declined by about half to around 2,0000.” That suggests a drop in listeners who are tuning in each week.

Looking at repeat recurring guests highlights an even starker drop. Comedian Andrew Santino has appeared on the podcast four times. The first two appearances in 2019 saw him gain over 1,100 followers each time. The 2020 appearance was a net gain of 1,700 followers. But the 2021 appearance, after Joe Rogan was Spotify exclusive? Only 900 followers.

The Verge tracked three other recurring guests to highlight how the post-Spotify exclusivity suggests Joe Rogan’s influence is shrinking. Dropping the YouTube channel is likely the biggest contributor to this decline. Now the channel hosts clips instead of full episodes.