Nickelback Doubles Down On Attempt to Dismiss ‘Rockstar’ Lawsuit: ‘The Two Songs Sound Nothing Alike’ 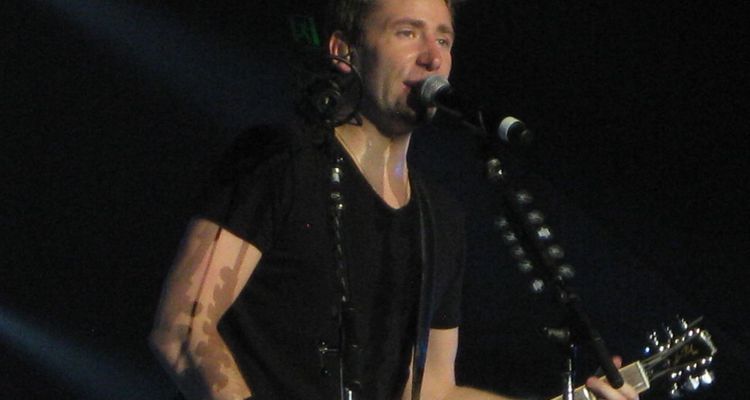 Earlier this month, Digital Music News was first to report that a judge had allowed a copyright infringement lawsuit against Nickelback – centering on the group’s “Rockstar” hit – to proceed. Now, the four-piece act has officially doubled down on its effort to dismiss the action.

Kirk Johnston, lead vocalist for a rock band called Snowblind Revival, submitted the case to a federal court in his group’s native Texas last year. Naming Warner Music, Warner Chappell, and Live Nation (which inked a deal with Nickelback three years after the 2006 release of “Rockstar”) as defendants, besides members of the 26-year-old act, the plaintiff claimed that Nickelback had infringed upon his “Rock Star” song in its successful track of the same name.

In the straightforward complaint, Johnston stated that he’d written “Rock Star” in 2001 and, with fellow members of Snowblind Revival – “an up and coming band during” the late 90s and early 2000s – had presented “music to a broad variety of labels.”

Moreover, “the general feedback from the executives from these labels was very positive about the band, but most particularly about Johnston’s composition Rock Star,” the original legal text relays. Additionally, the plaintiff’s “Rock Star” was sent to the major labels on CD as part of a promotional campaign, and consequently, Nickelback had “direct access” to the work, according to Johnston.

“A substantial amount” of the music in the older of the two tracks made its way into Nickelback’s “Rockstar,” the plaintiff likewise alleged, specifically including large “portions of the tempo, song form, melodic structure, harmonic structures, and lyrical themes.” And needless to say, given the ongoing courtroom confrontation, Johnston emphasized that he hadn’t given the defendants permission to borrow from “Rock Star.”

As initially mentioned, Judge Susan Hightower rejected Nickelback’s motion to dismiss earlier this month, indicating in part that “it is possible for a reasonable juror to determine that the works share protectable elements.” And the Alberta-based band and its counsel, moving quickly in what could be an effort to avoid a protracted legal battle, have now expressed their opposition to the decision, new filings show.

“The two songs sound nothing alike,” the defendants’ latest response states at the outset. The presiding judge’s analysis “failed to sufficiently scrutinize Johnston’s actual allegations, which amount to nothing more than bare corporate receipt,” the defendants maintain, and “did not properly apply the ‘ordinary observer’ test.”

Regarding the previously noted instances wherein Snowblind Revival allegedly presented and sent tracks to the major labels, Johnston purportedly “provides no details of those meetings, such as the names of the record label representatives with whom he allegedly met, where the meetings took place, or even when the meetings took place.” Plus, the plaintiff has failed to establish any ways in which the CD samples “could have ended up in the hands of the individual members of Nickelback,” the defendants claim.

“Respectfully, the Nickelback Defendants disagree with the Recommendation’s finding on substantial similarity” between the tracks, the document states in closing, taking aim at Johnston’s alleged failure to disclose lyrical similarities (“titles are not protectable by copyright, and their similarity cannot give rise to an infringement claim”). “The two songs are not in the same key…the styles of the two works are different,” the defendants indicate towards the end of their motion to dismiss.