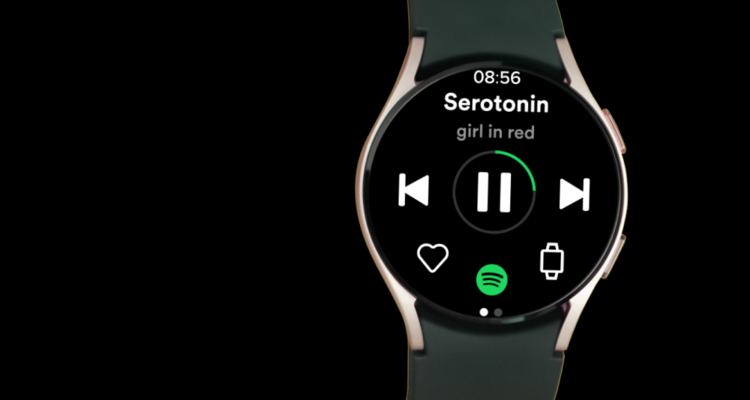 Wear OS just got a lot more appealing to music lovers with Spotify offline support and a YouTube Music app.

Spotify has been working on offline storage for Wear OS smartwatches for several months now. Many Wear OS users are now seeing offline playback support on the Spotify app. Some early adopters are reporting the rollout isn’t without issues.

A redditor who got the Spotify offline listening update reported problems with the app on his Oppo Watch. “Listening to music from the watch causes overheating and huge battery drain,” the post notes. “When I turn off Bluetooth on the phone and select device to listen, it takes a while for the Watch to show up.”

“Music quality is worse than Spotify MOL and there is still sound stuttering,” the post continues. Spotify MOL is a modded offline app for listening to Spotify music that some Wear OS users developed in the absence of any official offline playback support.

Spotify offline playback has competition though – Google finally got around to releasing a YouTube Music app.

9to5Google reports there doesn’t appear to be a way to stream music from the app. Instead, users can only download music – and only while the watch is on a charger. It’s an annoying set of caveats that feels like trying to align the stars to put music on a watch.

For now, the Spotify offline playback option is certainly easier to use and more widely available as the rollout continues. It’s unclear whether Google plans to support the YouTube Music app on older Wear OS devices. Part of the problem lies in the hardware itself. It’s too old at this point.

Google relied on Qualcomm to develop its Wear 2100 and 3100 chips for its smartwatches. At this point, the 3100 is a three-year-old chip – ancient when Apple releases an update every year. Qualcomm introduced the 4100 series in 2020, but very few manufacturers are embracing the new chip.

Earlier this year, Google and Samsung teamed up to combine Wear OS and Tizen into one smartwatch OS. The result is the YouTube Music app is available on those Wear OS watches – the Samsung Galaxy Watch 4 and Watch 4 Classic.